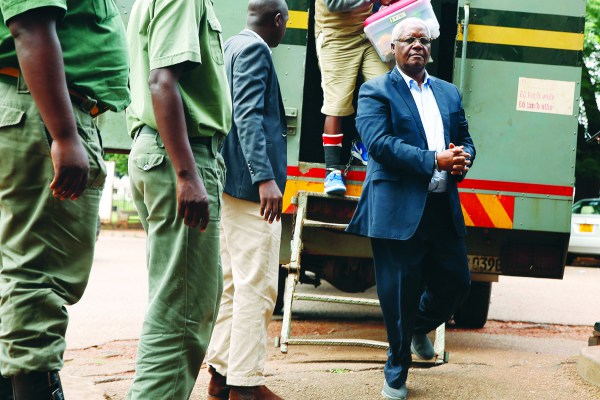 HARARE – The City of Harare has lost vast tracts of land through irregular sales which were mostly conducted by unauthorised offices, with mostly happening during former Minister Chombo’s tenure at the reigns of the local government ministry, Zimdaily has established.

The findings were reported in a confidential report which was done by a special investigations committee on land deals that occurred between October 2004 and December 2009.

The reports details some of the illegal sales of land which included the sale of Stand No. 61 Helensvale to former Minister Chombo.

It is alleged that Chombo got the stand after the Director of Urban Planning Services influenced a certain Commission to sell the land to Chombo without going to tender as per council policy.

Business and land tycoon, Philip Chiyangwa was also implicated in the report which discovered that he was given land without Council approval. It was further established that he was sold land at cheaper prices than the market value.

Part of the report read, “investigations established that, most illegal land sales were done by commissions appointed by Hon. Minister I. M. C. Chombo(MP especially one led by Michael Mahachi).

“The committee also noted that during the tenure of these Commissions, Dr I.M.C. Chombo would mastermind the expulsions of senior Council Officers whom he deemed obstacles. The minister would then second Technocrats from his Ministry to fill these influential senior positions in Council.”

Notable example of expulsions that occurred include the one of Engineer Zvogbo who was in charge of land preparation for sale before it was handed over to the Housing Department for allocation. Soon after his expulsion, the department was divided into three units, with one headed by Psychology Chiwanga who was formerly under Chombo’s ministry.

The second department which was created was the department of Engineering Services now headed by Chombo’s brother in law, Philip Pfukwa.

Engineer Zvogbo had to win a case to be appointed to head the third section, responsible for water and sanitation.

Mubvumbi was replaced by Cosmas Zvikaramba who was now used to sign documents pertaining the final sale of land.

Zvikaramba was involved in suspicious deals which included the waiver of rates in the Chiyangwa’s Kilima Investments and Odar Farm.

Most of these illegal land have come back to bite the innocent residents who bought the land an built on them as Council and government have embarked on demolitions in a bid to regualarise land issues.

HARARE - The City of Harare has lost vast tracts of land through irregular sales which were mostly conducted by unauthorised offices, with mostly happening during former Minister Chombo's tenure at the reigns of the local government ministry, Zimdaily has...
Share via
x
More Information
x