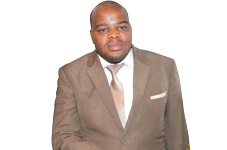 Mr Mandishona, who is facing an array of charges, is arguing that the stipulated time within which he was supposed to be tried lapsed.

In his letter of complaint to the ministry dated November 2, 2015, through his lawyers, Mr Mandishona said he was seeking intervention from the labour officer because the stipulated 30 days had lapsed before his matter was heard.

This is in line with section 101 (6) of the Labour Act chapter 28:01, which provides for either party to refer a matter to the Ministry of Public Service, Labour and Social Welfare should 30 days lapse without a date of hearing being set.

“This matter is being referred to your good offices for the simple reason that more than 30 days have gone without the matter having been heard,” said Mr Mandishona.

“Section 101 (6) allows either party to refer this matter to your good offices if the matter is not determined within 30 days from the date of notification. You will notice from the documents that we have submitted that we have gone beyond the 30 days without a date for the hearing being set.”

The delays were, however, at the behest of Mr Mandishona who initially requested for more details with regards to his charges.

Mr Mandishona was suspended on September 24 this year and served with notification for a disciplinary hearing on October 2.

His hearing was scheduled to take place on October 8, but through his lawyers, he requested for further particulars to his charges, resulting in postponement of the matter to October 23.

Before Mr Mandishona could stand before that hearing, the two ministers on October 20 ordered the PSMAS board to reinstate him, a move that saw the board budging in to the order.

But a few days after, a Bulawayo based PSMAS member Mr Emmanuel Javane Mwale filed a lawsuit at the High Court seeking to bar the two ministers from interfering with PSMAS affairs.

In his lawsuit, Mr Mwale cited the nine PSMAS board members as second respondents.

This resulted in the PSMAS board rescinding its earlier decision to reinstate Mr Mandishona and set tomorrow as the new date for Mr Mandishona’s hearing.

Mr Mandishona’s request is expected to be heard today at the Ministry of Public Service, Labour and Social Welfare.

SADC judges conference set to kick off in Zimbabwe