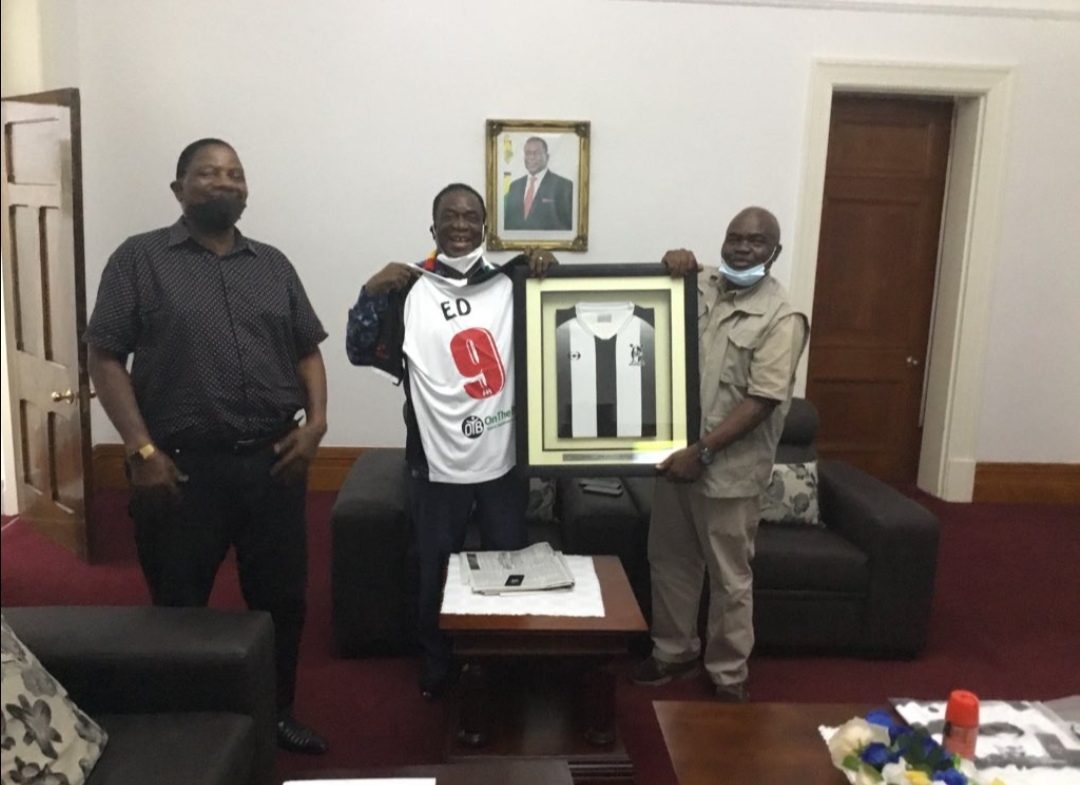 The outgoing chairman managed to get 149 votes narrowly losing to Johnfat Sibanda who who scooped 154 votes on the day.

Mhlophe recently sparked some controversy on social media within the Highlanders faithful after pictures of him and Mnangagwa were posted while presenting Mnangagwa with a customised club jersey inscribed “ED 9”.

Former ZANU-PF member and Higher Education Minister Professor Jonathan Moyo described the meeting as a “kiss of death” while responding to a post by Presidential spokesman George Charamba on Twitter.

Responding to the post, exiled former Minister Prof Moyo said, “Truth be told, this ain’t news for Highlanders fans BUT a kiss of death of the (sic) “Executive” of @HighlanderBosso & their Gukurahundi Guest.”

One of the oldest football teams in the country and based in Bulawayo, the club draws most of its support from the Matebeleland region which was the most affected by the Gukurahundi massacres of the 1980s.

During the time, Mnangagwa was serving in the Robert Mugabe administration as the Minister of State Security.

In other posts, Morgen Dube becomes the club’s new Secretary while Mgcini Mafu takes up the Committee member post after defeating Bhekumuzi Sibanda in the contest.