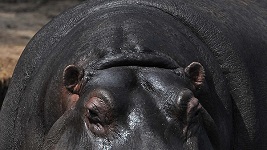 ZIMBABWE – Three illegal Zimbabwean migrants have reportedly been attacked and killed by a hippopotamus as they tried to cross a river from Zimbabwe to South Africa.

South African police found the bodies of the three victims after being alerted by the cries of a child, who was part of the group and survived the incident in the Limpopo river.

The child, believed to be aged between nine and 11, was treated in hospital for his injuries, the Sowetan newspaper reported on Friday.

Ronel Otto, a spokesman for the Limpopo province police, said South African authorities had opened an investigation into the incident.

Man went berserk axing to death his two friends in a suspected dispute over chicken.

Man jailed for 15 months for accusing his wife