HIV in Zimbabwe: Is condom use really working? 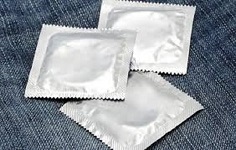 ZIMBABWE – The latest HIV/Aids statistics in Zimbabwe show that the prevalence rate is still very high at 15% as in 2014, whilst in the same year condom usage was reported to have been 104 million male, and 5.2 million female condoms – the highest in the world.

So the question is: why is the prevalence rate still so high in Zimbabwe?

Obviously, this question can never be adequately answered without a nearly impossible thorough investigation, but there is always room for debate and discussion on the matter, by using current information regarding condom use and HIV/Aids prevention.

In their report entitled ‘Condom Promotion for Aids Prevention in the Developing World: Is it working?’, Norman Hearst, a professor at the University of California, and Sanny Chen, an epidemiologist with the San Francisco Department of Health, aptly said that ‘measuring condom efficacy is nearly impossible’, although 90% is commonly accepted.

They further stated that 90% efficacy could not be enough for condoms to be considered as an effective means in Aids prevention.

They noted that, ‘in many sub-Saharan African countries high HIV transmission rates have continued despite high rates of condom use’, Zimbabwe being a very good example.

The report said that ‘no clear examples have emerged yet of a country that has turned back a generalised epidermic primarily by means of condom promotion’.

This is disturbing in light of the over-emphasis on condom use as an effective measure in the prevention of HIV/Aids that has taken root in most campaigns in this country, and indeed, the rest if the Southern African region.

The slogan of ‘condomising’ has reached obscene levels, with even suggestions of placing condoms in schools being debated.

Are we callous with our children’s lives that we are prepared to mislead them into their own graves?

If we ourselves as parents are not concerned about our own lives, that is no reason to destroy our children with us.

The message of HIV/Aids should be honestly and clearly told to our children, so that they may make informed decisions about their own lives.

Actually, it is widely accepted that Uganda’s earlier success story in their HIV/Aids prevention campaigns where premised on their focus on delayed sexual activity among adolescents, promotion of abstinence, and encouraging faithfulness to a single partner, and very minimal emphasis on condom use.

Zambia and Tanzania’s reduction of HIV prevalence in pregnant women has been largely credited to the reduction in the numbers in sexual partners.

The British Medical Journal of April 10 2004, stated that ‘it seems obvious, but there would be no global Aids pandemic were it not for multiple sexual partnerships’, published in an article entitled ‘Partner reduction is critical for balanced ‘ABC’ approach to HIV prevention’.

The article doubted the wisdom of the promotion of condom use above mutual fidelity and partner reduction.

Writing in the Atlanta Journal-Constitution, Dr. Joe Mcllhaney Jr. the president of the Medical Institute for Sexual Health, Austin, Texas, noted that the consequences of relying on condoms could be grave, saying that, ‘based on the science and the science alone, there is only one conclusion: condoms do not make sex safe enough’.

He further stated that while condoms could reduce some risks, they still often left individuals vulnerable to infection.

A report to the United Stated of America (US) Congress by the federal Centres for Disease Control and Prevention (CDC) by its Director Dr. Julie Gerberding said that the best way to avoid HPV (a sexually transmitted virus linked to cervical cancer and commonly associated with HIV) was by having only one uninfected partner.

She went on to say that most studies had shown that condoms did not prevent the spread of HPV.

Helen Epstein, a visiting research scholar at the Centre for Health and Wellness at Princeton University, said that efforts aimed at stopping the spread of HIV had had disappointing results because of ignoring fidelity, by promoting condom use, and that this ‘may well have undermined efforts to fight the epidermic’.

This all says a lot about Zimbabwe’s own HIV/Aids prevention strategy, which has been nothing short of suicidal, as the emphasis on condom use has been over-glorified.

The nation, especially the youth, need to be made aware that condoms are not as effective as they have been made to appear.

The fact of the matter is that HIV/Aids is a multi-billion dollar business for most organisations and companies, and the money racked in from condom production, ARV sales, and even NGOs involved in HIV/Aids can only be sustained by the continued peddling of this fallacy that condomising is the best way to go.

An ‘Aids-free’ world would not be good for business.

The truth is that people can be educated, as witnessed by the huge uptake of the condom usage message that our country has been selling for years – albeit without any significant reduction in HIV prevalence rates.

Therefore, if the nation can easily take up such a message, why are we not focussing on abstinence and faithfulness as the primary message of the campaign against HIV/Aids?

Judging from how the Ebola message and the seriousness in which it was handled by East African countries, with the assistance of the global community, I have no doubt that if Zimbabwe – with the combined efforts of other nations – applied the same seriousness to the prevention of HIV/Aids, this region could soon be declared ‘Aids-free’.

HIV in Zimbabwe: Is condom use really working?

ZIMBABWE - The latest HIV/Aids statistics in Zimbabwe show that the prevalence rate is still very high at 15% as in 2014, whilst in the same year condom usage was reported to have been 104 million male, and 5.2 million female condoms – the highest in the...
Share via
x
More Information