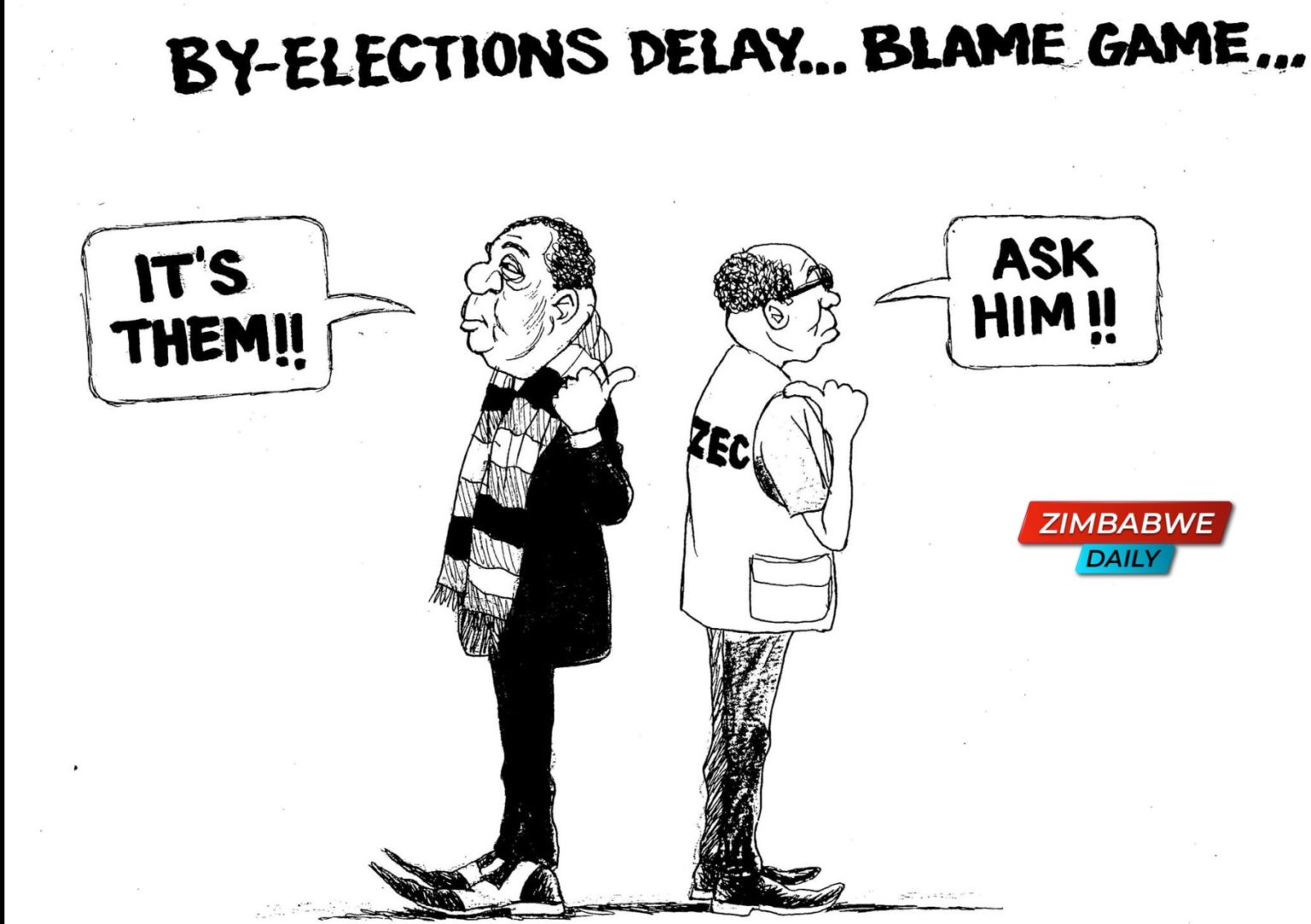 HARARE – The United States of America (US) embassy in Harare yesterday criticised President Emmerson Mnangagwa’s government over continued suspension of by-elections, arguing that elections could be held safely despite the COVID-19 pandemic as has been proven in other African countries.

Government banned elections early last year, citing the COVID-19 outbreak, but critics accuse Mnangagwa of using the pandemic to asphyxiate the MDC Alliance while propping up the smaller MDC-T faction led by Douglas Mwonzora, which is seen as a Zanu PF proxy.

But government officials reacted angrily to the call, and accused the superpower of disrespect and interference in the affairs of a sovereign State.

The US embassy noted that the suspension had left 754 000 people in 26 constituencies with no representation in Parliament, after recalls of the legislators aligned to the Nelson Chamisa-led MDC Alliance party by MDC-T.

The purges also affected over 80 councillors, paralysing operations of some local authorities.

Posting on Twitter yesterday, the US embassy questioned why Zimbabwe continued to suspend by-elections when other countries allowed the running of polls.

“When will the Zimbabwean government resume by-elections? Long-standing parliamentary vacancies have left over 754 000 voters in 26 constituencies without elected representation. Only by-elections will restore these citizens’ rights to representation,” the US embassy said.

“Many countries have held elections despite the pandemic, including Zambia, South Africa, Malawi, and the United States, demonstrating that COVID-19-safe elections are possible. We are confident Zimbabwe can do the same #ZimsSafetoVote #ZimVotesMatter.”

In response, Information secretary Ndavaningi Mangwana said the US consulate was being “disrespectful” to the Zimbabwean government by publicly taking it to task over holding of by-elections.

“Surely, the US embassy knows where the Ministry of Foreign Affairs is located,” Mangwana responded on Twitter.

“Should there be a need for a conversation on this subject, you can easily engage them and get a briefing. These highly inflammatory tweets are as disrespectful as they are unnecessary.”

Zanu PF acting spokesperson Mike Bimha told NewsDay that: “We are not scared of the by-elections. We are a political party and the decision on when to hold the elections lies (with) Zec.

“No political party dares us, because we have become stronger than ever. I am currently at the Zimbabwe International Trade Fair at our party stand, where queues for new members who want to join our party are winding. We have also seen defections of several members from (opposition MDC Alliance leader Nelson) Chamisa’s party to Zanu PF, proving our party to be strong. Therefore, even if the elections are to be held today, we are confident of our victory.”

Government has, however, on several occasions eased lockdown restrictions, in the process allowing the resumption of normal business operations under strict COVID-19 protocols.

The ruling Zanu PF party conducted its nationwide district co-ordinating committee elections in December last year, amid the COVID-19 pandemic while the Zec election ban was in effect. The party was also scheduled to hold more internal polls this week for provincial executives, but suspended them to control rising infighting.

Human rights defenders criticised Zec for violating the Constitution by prolonging the suspension of by-elections, saying the ban was depriving citizens of their basic human right to choose representatives of their choice.

In March this year, Zec suspended the holding of by-elections indefinitely, citing the need to adhere to COVID-19 regulations following the gazetting of Statutory Instrument (SI) 10 of 2021 on lockdowns by government.

The commission has previously blamed Mnangagwa for deferring by-elections saying it was waiting for him to proclaim election dates.

“Zec once announced dates for the holding of elections, but the SI then came in,” Zec spokesperson Qhubani Moyo told a virtual meeting held under the theme Zambia’s Historic Elections: Lessons for Zimbabwe, which was hosted by the Centre for Information and Technology last month.

“Countries have responded differently to COVID-19. Our response has almost been like that of South Africa. Zec will hold elections once the SI is out of the way. Zec manages elections, but the proclamation of dates is done by the President and because of the SI in place, proclamation has not been done.”

Chamisa’s spokesperson Nkululeko Sibanda said there was nothing amiss for an institution to demand by-elections as it was a constitutionally-given right of Zimbabwean citizens.

“We can’t continue to have a Zanu PF narrative on democratic issues,” he said.

“Democracy is the only reasonable path to a successful country and upholding the citizens’ right to choose a representative is one important pillar of democracy.

“The call for by-elections does not depict any political affiliation. What is important is the message. It doesn’t matter who brings the message, but what is clear is that a by-election is a constitutionally enshrined right and government has to take heed of the call to lift the ban on the elections.”

Political analyst Fidelis Duri said the postponement of by-elections was a calculated move by politicians who knew the people’s choice in the polls would end their “short-term political glory”.

“Politicians, especially those in the African continent, have capitalised from the COVID-19 pandemic to curtail the freedoms of the people provided for in the Constitution,” Duri said.

“In the Zimbabwean situation, we have seen the ruling Zanu PF party dining with an inferior opposition party (MDC-T) led by Douglas Mwonzora and have agreed to infringe citizens’ rights by postponing the elections.

“Mwonzora is in no hurry to hold by-elections as he knows very well that he has no followers to vote for him. He knows well that the election will end the enjoyment of his temporary political glory.”

Mwonzora met Mnangagwa this year and pleaded for the suspension of elections.

His spokesperson Lloyd Damba said Zimbabwe was a sovereign State, not an extension of the US.

He said his party was concerned about what motivated the US to make such a call.

“Secondly, we are a political party that was formed to take State power through peaceful and constitutional means and that is through an electoral process. We are not afraid to face anybody in any election, be it harmonised or by-elections,” Damba said.

“You also must know that we are not going to be competing with Nelson Chamisa’s party, but we will be competing with a lot of parties for vacant constituency posts and the contestants also include Zanu PF and several other political parties as well as independent candidates and we are ready for those by-elections.” 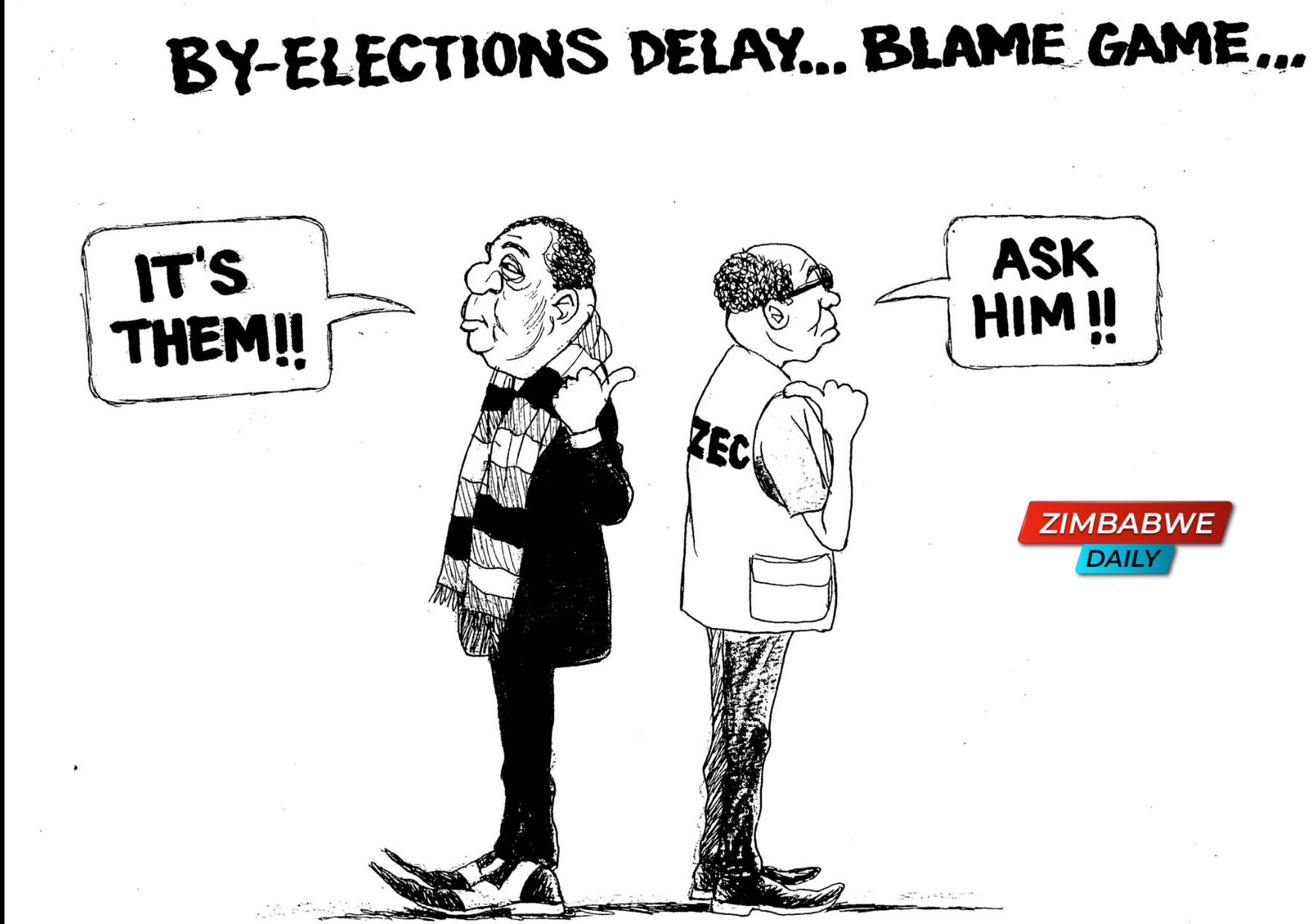 HARARE - The United States of America (US) embassy in Harare yesterday criticised President Emmerson Mnangagwa’s government over continued suspension of by-elections, arguing that elections could be held safely despite the COVID-19 pandemic as has been p...
Share via
x
More Information