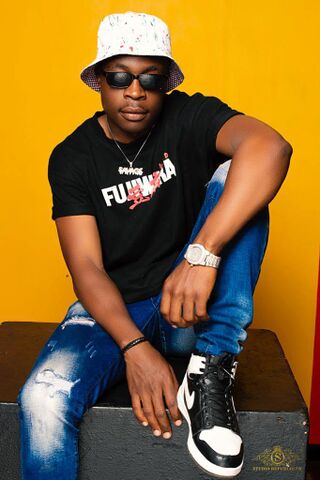 GWERU – Musician Holy Ten’s crew was involved in a fatal car accident last Friday, 20kms outside of Gweru that claimed the life of one of the backing vocalists, Seredzai Kuganza who was known as Jay D.

In pictures that have gone viral on social media, one of the two vehicles that Holy Ten’s band were travelling in, apparently to Bulawayo, is seen crushed near a tree.

The accident is said to have happened 20km outside Gweru (along Harare road) on Friday at around 4pm.

Following the fatal accident, close sources said Holy Ten’s manager is still admitted in hospital with indications that he will be discharged tomorrow. Another band member is said to be in a critical state with head injuries. Another member, Monrolve is said to have suffered minor injuries.

It is not clear whether Holy Ten was travelling in the vehicle that was involved in the accident, but according to rumours, he is admitted at an undisclosed hospital.

“Yes, it’s true that he was involved in an accident, but I’m not in a position to talk to the media,” she said.

GWERU - Musician Holy Ten’s crew was involved in a fatal car accident last Friday, 20kms outside of Gweru that claimed the life of one of the backing vocalists, Seredzai Kuganza who was known as Jay D. In pictures that have gone viral on social media, on...
Share via
x
More Information