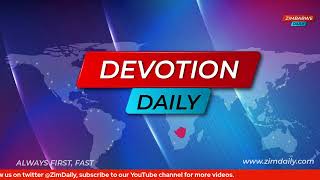 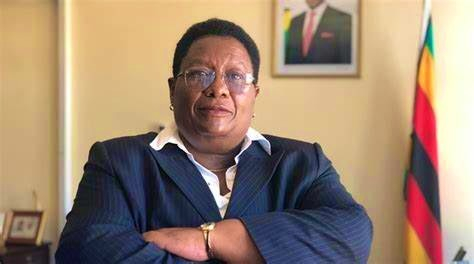 HARARE – The Zimbabwe Anti-Corruption Commission (Zacc) has submitted 32 dockets to the National Prosecuting Authority (NPA), nine of which are high-profile, as the dragnet closes in on senior government, police and council officials.

This was said by Zacc chairperson Justice Loyce Matanda-Moyo in a wide-ranging interview this week, where she fired warning shots against those involved in corrupt activities.

She said as at the end of last month, Zacc had finished working on 32 dockets against a target of 60 dockets to reach an ambitious target of 180 dockets by year-end. The list of alleged corrupt officials cannot be released now, as this may jeopardise investigations.

“For those 32 completed dockets, we are very sure that the accused persons will be convicted of corruption,” Matanda-Moyo said.

“Zacc set a target to refer 180 completed dockets to the National Prosecuting Authority (NPA) this year. This does not only put into proper context the amount of work that the commission is doing, but also the effort that we are willing to put in the fight against corruption. The target for this year is twice what was achieved in 2020.

“Our target is 15 dockets per month meaning that we should have submitted 60 dockets by the end of April 2021. However, we have a shortfall of 28 dockets which was mainly caused by the closure of most institutions due to the national Covid-19 lockdown restrictions.”

Some of the high-profile cases being handled by Zacc, Matanda-Moyo said, include case number HCR109/12/20, involving a former commissioner of police in charge of Matabeleland North Province, Erasmus Makodza, who is being charged with criminal abuse of duty as a public officer. Others include Rusape town secretary Solomon Gabaza, charged with criminal abuse of office and Rusape councillor Clever Chimuse who faces similar charges.

The anti-graft body boss said there were several corruption cases under investigation and arrests would be made once the probe was complete.

Matanda-Moyo explained; “What Zacc does is that we examine the practices, systems and procurement procedures in organisations to ensure these systems and practices adhere to issues of good corporate governance and prevent corruption. In instances where we find that there are no systems in place, we assist that organisation in the formulation of proper systems that prevent corruption.

“We have also created a dashboard as a monitoring tool for the institutions. So after our compliance checks we put institutions into categories red, orange and green. Red is for institutions with no systems or those that have systems but are non-compliant, green for those with systems and are implementing them and amber are institutions which are half way. We give them an implementation matrix and a time frame in which to ensure that the systems are in place.

“After the time frame we return to the institution to carry out another compliance check to verify if they have complied with our recommendations; if not we then bring in the criminal aspect into it. So this year we are placing more emphasis on prevention rather than chasing after the perpetrators. We will still investigate cases of corruption, however we want to ensure there is a stop to these corrupt activities being committed by the introduction of transparent systems.”

Matanda-Moyo said her office was also looking at reports produced by the Auditor-General Mildred Chiri, which exposed rot in government departments and parastatals.

Zacc is now engaging internal auditors from government departments to implement recommendations made by Chiri to plug financial leakages.

Chiri has over the years produced damning audit reports which indict parastatals and ministries in financial malfeasances.

Commenting on companies accused by the Reserve Bank of Zimbabwe (RBZ) of abusing the foreign auction system, Matanda-Moyo said the apex bank’s Financial Intelligence Unit (FIU) was seized with the matter after which it will formally refer the cases either to the Zacc or the police.

RBZ governor John Mangudya recently told the Zimbabwe Independent that a dozen companies were suspended from the foreign auction system over allegations of fuelling the black market.

The forex auction was introduced in June 2020 to arrest runaway parallel market rates and so far close to US$1 billion has been funnelled to companies through the formal system.

“I have emphasised the need to continuously train and capacitate Zacc officers with the requisite skills that are in tandem with current corruption trends. I am, therefore, happy to note that ongoing training will be provided in the area of digital and financial investigations to sharpen skills of the newly recruited officers.

“As part of our decentralisation drive of the fight against corruption, we are also actively seeking to recruit 35 more investigating officers to be deployed to provinces. These posts have been approved by Treasury and we have already advertised the posts in various media outlets. However, there is still the scope and the need to recruit more investigators as the current pool is not adequate considering the rampant corrupt activities in the country,” she said.

The Zacc chair said the Finance and Economic Development ministry provided funds to acquire offices and vehicles although more resources were required to meet the investigative needs.

“To lessen dependence on Treasury, we have proposed retention of a certain percentage of assets that the commission would have recovered to boost funding for our operations. This is a best practice noted from other Anti-Corruption Agencies in other jurisdictions,” Matanda-Moyo said.

“We have made tremendous progress in terms of decentralisation and have been given the green light to recruit and decentralise in Masvingo, Mashonaland Central, Manicaland and Mashonaland West provinces. These offices will be fully operational by June 1, 2021. Hence, we are appealing for more resources in terms of human capital, furniture and vehicles. Our objective is to have presence in every province and district in the country beyond the current Harare, Bulawayo and Gweru.”

HARARE - The Zimbabwe Anti-Corruption Commission (Zacc) has submitted 32 dockets to the National Prosecuting Authority (NPA), nine of which are high-profile, as the dragnet closes in on senior government, police and council officials. This was said by Zacc...
Share via
x
More Information