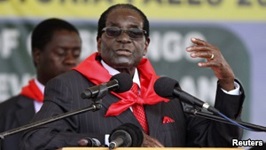 ZIMBABWE – People who don’t read their history are bound to forget it or to repeat its mistakes. They also tend to be overawed by events elsewhere, believing them to be new when, in fact, they are not.

The latter, especially, has been apparent in the last couple of weeks as events at universities around South Africa have unfolded, in what history will record as the #FeesMustFall students’ protests. The students’ movement in South Africa succeeded as their Government caved in to their demands to stop the increase in university fees. This has generated a lot of excitement, and for some, comparisons with events in Zimbabwe.

A number of Zimbabweans, many of a generation too young to remember events in our own country barely 25 years ago, have looked at what happened in South Africa, and asked why Zimbabweans have not been able to do the same, in the face of their own, even more serious challenges.

Some in the media have even referred to it as â€˜Protest Envy, among Zimbabweans, suggesting how we, Zimbabweans, must feel seeing that our neighbours south of the Limpopo have the freedom to protest and achieve results in the manner they did. We must be envious, that they can do that, the thinking goes. Forgotten in all this is that we have been there before. We know that road too well.

As these events unfolded, I was reminded of a conversation I had back in 1998, 17 years ago, with a group of South African students. They had visited Zimbabwe for a conference of Southern African students’ unions, hosted by Zinasu, the national students’ movement body in Zimbabwe. I had already left the University of Zimbabwe the year before but Zinasu invited me to come and talk about free speech and academic freedom. Learnmore Jongwe, then the leader of Zinasu was a friend and I was happy to oblige.

At the time, our own students’ unions were very vibrant and active. They were facing similar challenges regarding university fees and students’ support and welfare which had been progressively eroded since the early 1990s. The decade since 1988 had witnessed numerous students’ protests, first at the UZ and later at NUST, the other university and various colleges.

I ended my speech with a warning to students from other countries, especially South Africa, that they had to remain vigilant, in order to avoid the path that Zimbabwe had taken. I advised against complacency in the euphoria of independence, which at the time, seemed to be encapsulated by the notion of the â€œRainbow Nation, which was, then, quite fashionable.

One of the South African students responded, with a swagger in his voice that betrayed a slight hint of arrogance. It won happen in South Africa, he declared, before adding, In South Africa, we are not like that. We have a democratic government and a robust constitution. His compatriots nodded in approval. South Africa was different, the young men and women believed. I had a chuckle and said time would tell.

I have never forgotten that encounter at the humble abode of the YMCA in Kambuzuma, a busy suburb in western Harare, where the conference was being held. After Marikana, I thought about it. And in recent weeks, I have thought about it, too, as the students’ protests spread across campuses. Was it new? No. Was it unique? Again, no. At least in historical terms. It’s a pity I may never meet that group of students again, but it would be interesting to have an audit discussion over how South Africa has fared since that conference.

The point here is not to relegate the significance of the events in South Africa, but it is important not to lose sight of the bigger picture. If it sounds new, it is because people don’t read or choose not to remember history, or if they do, to so selectively. All across Africa, after a few years of post-independence euphoria, people have eventually woken up to the harsh realities of the system under which they are governed. Oft-times, it begins with students at universities and colleges. And there are good reasons why those places are brewing pots of initial challenges to the system.

There, at universities and colleges, there is a mass concentration of young, intelligent and open-minded people and their instructors, operating under the protective umbrella of academic freedom. They are engaged in the pursuit of knowledge. These intellectual enquiries introduce them to new ways of thinking, and to past struggles for liberty, equality and fairness. These ideas have huge appeal among the young and ambitious minds.

Indeed, the young men and women begin to identify themselves with heroic figures from the past. They discover the great Che Guevara, Kwame Nkrumah, Amilcar Cabral, Marcus Garvey, Malcolm X, Martin Luther King Jr., Rosa Parks, Frantz Fanon, Karl Marx and many more of the great figures from the past. The stories of these men and women, and their philosophies are hugely inspiring. Some even adopt their names, and for a few, it is by those monikers that society will forever remember them.

In a nutshell, the young men and women at universities and colleges begin to see the bigger picture, far beyond their enclaves, the little villages and towns in which they grew up. They begin to see the inequalities and injustices of the system, both at the national and international levels and they are outraged by what they learn. They are no longer just adding figures or constructing sentences but learning the ways of the world. In short, they make an important discovery of their historic role in society and begin to call themselves the â€œVoice of the Voiceless, often wearing apparel declaring the same.

They form societies to challenge these undesirable aspects of the world. In all this, the students union has a central role. It is the rallying point for all students and societies. The students own it. They claim territorial sovereignty over this space, which they guard jealously from the authorities of the university and the State. It is a key part of university and college life, indeed a key institution in the governance structure of the university and college administration. But by its very nature and its role, it becomes a point of interest to authorities, who begin to see it as a threat. And for that reason, it has to be monitored, indeed, it must be subdued.

The students are often the first in society to see that there is something wrong with the national governance system. They are in the business of reading and reading gives them awareness and knowledge of what is happening in society. They have the energy, zeal and exuberance of youth, which often manifests as bravery and fearlessness. And so, they lead from the front, usually first in matters of self-interest, such as fees and welfare, and then when they discover the power of protest, they begin to grapple with matters of general interest to society “ human rights, democracy, anti-corruption, solidarity with workers, etc. Actually, in Zimbabwe, it was the other way round, as they began with matters of public interest “ corruption, anti-one-party state “ in the late 1980s, before they were seized with matters of self-interest “ academic freedom, fees, accommodation, students welfare.

The irony is that in all this time, the rest of the population might even regard the students as a nuisance, as a bunch of spoilt young people who are not grateful for what they are getting, things like access to higher education which the colonial system restricted from them. The nascent black middle-class, which is not yet fully developed but aspiring for more wealth and status, is especially the most threatened.

They have recently joined the propertied class and they are protective of their possessions from these university hooligans as the state and its media calls them. This friction between students and middle-class society is not helped by the fact that in their zealous approach, which is often in excess, they engage in destructive conduct “ stoning and burning cars, houses and buildings, and generally displaying behaviour of a rowdy character.

Those in government, who increasingly regard themselves more exclusively as the sole liberators of the nation, are less amused, too. They might even curse students for not being grateful of the freedom they enjoy, a freedom which they, the liberators painstakingly delivered. Some in government begin to mull ways of teaching the young people a lesson. Those in security and intelligence begin to characterise students as a threat to national security. In time, the instruments of state security are unleashed upon the students.

At the same time, as we shall see in the case of Zimbabwe, the State begins to craft legislation that is designed to progressively weaken the students’ movement. And when the rest of society finally wakes up to the realities unleashed by their government and joins the students, the scene is set for bitter clashes with the ruling establishment. The ruling establishment will drop all pretences of democracy and morph into a brutal force.

For legitimacy, it grounds its actions upon defence of liberation and sovereignty and re-brands students, civil society and the opposition as agents of Western imperialism. It restates a commitment to fighting neo-colonialism and therefore, doing all that is necessary to defeat the enemy. It re-discovers its mission as an agent of social justice and begins an attack on the institution of private property on the basis that it is pursuing the historic mission of redistribution.

What I have described above reflects in broad terms what happened in Zimbabwe since independence in 1980, in particular, the relationship between the State, society and the students’ movement. Many people observing the #FeesMustFall protests around South African universities have been asking why Zimbabwean students and Zimbabweans generally are unable to do what the South African students have done.

They probably don’t remember that we were there long before these events. We even had a pub at the students’ union at the UZ, October 4 was its name, so-named in honour of an historic day in the history of the students’ movement in Zimbabwe. It happened on 4th October 1989, when the UZ was shut down for the first time since independence, following demonstrations and clashes with police who had been deployed to thwart students’ protests. I shall describe in more detail the circumstances around October 4 in Part 2 of this series.

Then perhaps, it might become more apparent why a #FeesMustFall-type of protest is almost impossible in today’s Zimbabwe, but more importantly, why the apparent success of the South African students’ movement on this occasion must be read with caution. They have lessons to learn from their neighbours north of the Limpopo, and indeed, across the rest of Africa. And no, as many will discover, South Africa is not very different from the rest of us.

ZIMBABWE - People who don't read their history are bound to forget it or to repeat its mistakes. They also tend to be overawed by events elsewhere, believing them to be new when, in fact, they are not. The latter, especially, has been apparent in the last...
Share via
x
More Information