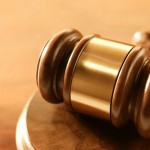 ZIMBABWE – A Harare woman reportedly “locked” her husband to keep him away from bedding his second wife.

Agnes Buzuzi allegedly visited a witch doctor who gave her juju to lock her husband Abel Humure over the second wife.

Humure who was seeking a protection order against Buzuzi told Harare Civil Court magistrate Mrs Barbra Mateko that he discovered that he was locked after he made love to his second wife and her stomach started swelling.

Humure said he had to visit a traditional healer who told him that the only cure to unlock him was to drink Buzuzi’s urine and her second wife to drink his urine, which they later did.

“I am applying for a protection order against my wife because she centrally locked me so that I cannot have sexual intercourse with my second wife,” he said.

“She visited a witch doctor who gave her some juju to insert in her womanhood and when I slept with her I was locked. When I had sex with my second wife her stomach started bulging.

“We had to visit a witch doctor who told us that the only way for us to get well was that I should drink Buzuzi’s urine and my second wife should drink mine which we did and got healed. She also shouts at me using vulgar words in front of the children,” Humure said.

He told the court that Buzuzi was chasing him out of their matrimonial house and was also insulting his second wife.

Buzuzi refuted the allegations and told the court that she has never used juju on him.

“I dispute all what he has said,” she said. “The woman he is alleging to be his second is actually his girlfriend.”

“I do not use juju neither have I abused him in any way. I have not had sex with him for the past seven months so I do not know how he is alleging that I centrally locked him,” Buzuzi said.

Mrs Mateko ordered Buzuzi to stop abusing her husband in any way and to solve their disputes amicably.

ZIMBABWE - A Harare woman reportedly “locked” her husband to keep him away from bedding his second wife. Agnes Buzuzi allegedly visited a witch doctor who gave her juju to lock her husband Abel Humure over the second wife. Humure who was seeking a prot...
Share via
x
More Information