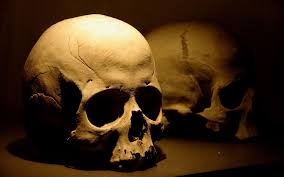 HARARE – The Zimbabwe Republic Police (ZRP) has reported that a human skull was discovered at Rockridge Farm in Chegutu. Said police in a statement:

On 30/11/21, ZRP Chegutu recorded a case of discovery of a human skull at Rockridge Farm. The skull was found at Muchenarota River while slightly covered in mud on the river bed.
A khaki trousers with a black belt, blue and white striped t-shirt, blue jersey and one black shoe were recovered while scattered a few metres from the skull. The clothes were searched and a Zimbabwean National Identity Card in the name of Jafeti White and a torn US$10 were recovered from the trousers’ pockets. Investigations are underway.
Meanwhile, police are looking for one Yolanda Chimbwanda of Epworth in connection with the murder of her husband. Said the police:

The ZRP is appealing for information that may lead to the arrest of Yolanda Chimbwanda (28) in connection with a murder case that occurred on 29/11/21 in Epworth, Harare. The suspect had a domestic dispute with her husband, Wiseman Kwashira.
Chimbwanda reportedly stabbed Kwashira on the upper left part of the ribs with a knife and fled to an unknown destination.

Kwashira was referred to Sally Mugabe hospital where he succumbed to the injuries on the 30th of November 2021.
[Pindula]