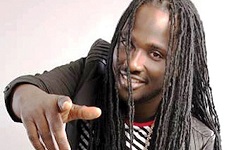 1.6kViews
0 Shares Share on Facebook Share on Twitter
ZIMBABWE – Jamaican reggae and dancehall artiste, Byiome Muir – better known by his stage name, I-Octane – will be in Zimbabwe for a one-off show at City Sports Centre on December 12, NewsDay has learnt.

The Mama You Alone hit-maker is billed to perform in Harare, courtesy of Cutting Edge Productions and Chipaz Promotions.

Although Jackie Dzambasa of Chipaz Promotions could neither confirm nor deny that plans were at an advanced stage to bring I-Octane for the I-Octane Live in Zim show, some people privy to developments behind the scenes confirmed the gig.

“I cannot comment about that concert at the moment, can you phone me tomorrow, Mudhara Chipaz (Partson Chimbodza of Chipaz Promotions) is currently out of the country, but he will be available tomorrow,” Dzambasa said.

NewsDay is reliably informed that I-Octane has already confirmed the concert after Chimbodza paid the deposit fee.

“I-Octane will be performing in Harare next month and Chipaz Promotions is in the process of sorting the papers with Zimbabwe Revenue Authority and National Arts Council and everything is moving according to plan,” a source said.

“They are also negotiating with local artistes, who are expected to support I-Octane.”

From a leaked poster, which is still being designed, Winky D, Lady Squanda, Soul Jah Love, Seh Calaz, Dadza D, Freeman, Hwindi President and Kinnah will be among the supporting acts.

I-Octane began his music career at the age of 16, when he was introduced to Donovan Germain of Penthouse Records.

He released his first singles, Oh Jah and Stepp a Seed, in 2000 at Penthouse Records under the moniker Richie Rich.