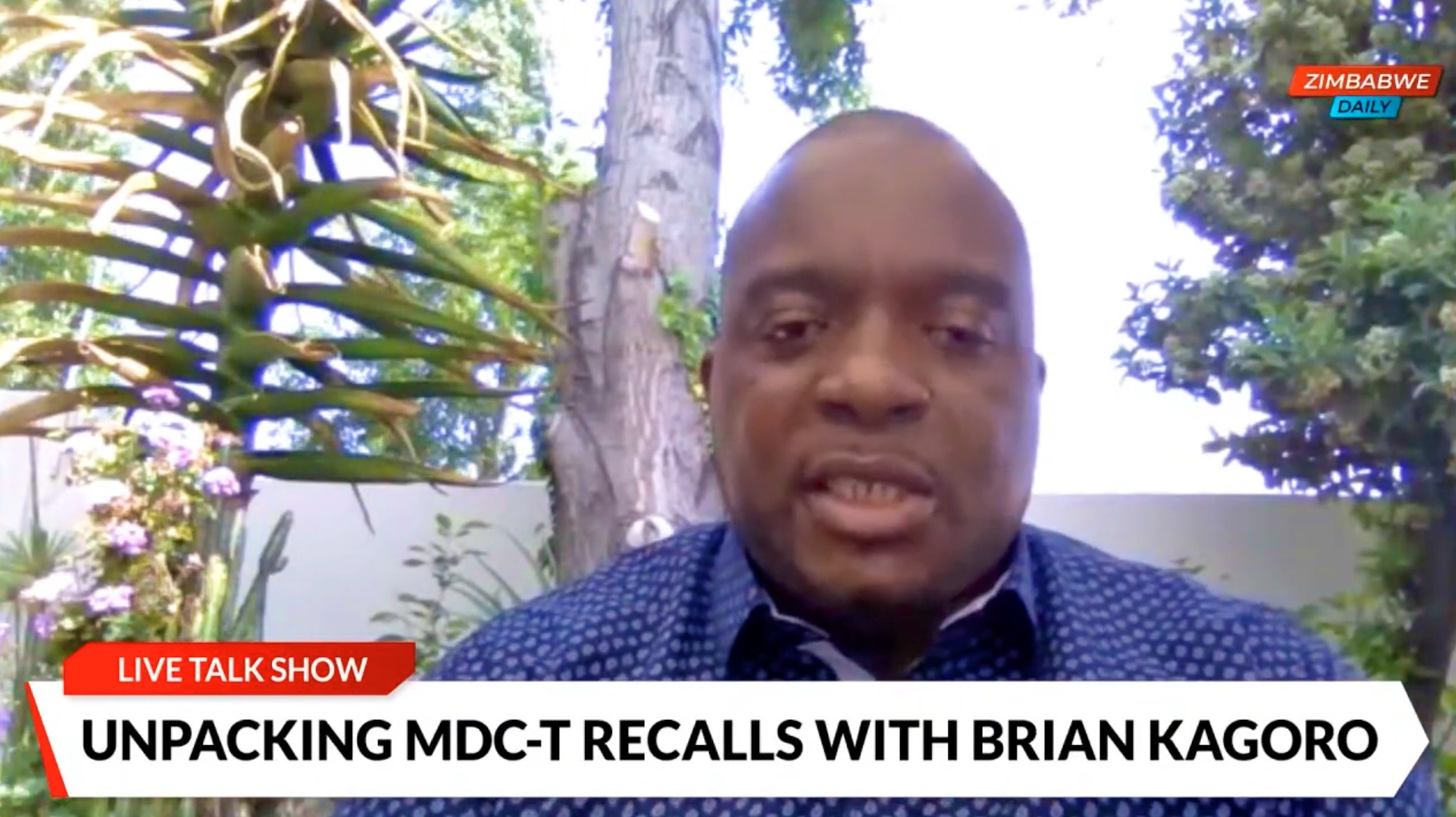 HARARE – Top Human Rights activist and Constitutional lawyer, Brian Kagoro has said if Zimbabwe respected rule of law and constitutionalism, there would be no by-elections slated for December this year because the recalls that necessitated these by-elections were unlawful.

He was speaking in an exclusive live interview with zimDaily titled ‘Unpacking the MDC-T recalls’.

Kagoro said the recalls were unlawful because it was clear that when people went to vote in the 2018 elections there were two different political parties, that is MDC-Alliance and MDC-T hence separate entities.

He also added that even if Khuphe was the President of the party making the recalls, they would still be illegal because the party’s constitution did not in any section give the president or secretary general the power to recall elected officials.

“Section 15 makes it clear that they cannot arbitrarily replace anyone.” Adding that according to the MDC constitution that is being referred to by the High Court and Supreme Court in their judgments, “the president, substantive or interim does not have any power to recall any member and that recalls can only be done by congress as the Supreme making body.”

The constitutional law expert also highlighted that when they (Khuphe, Mwonzora and company) were elected in 2014, it was for a mandate of five years which expired before the Supreme Court judgment which is why the Supreme Court set a specific date by which they must hold a special congress.

This means by the time the recalls were being done, none of the members of the executive of the MDC-T (as known from 2014) still had mandate whether by operation of their five year term or by the operation of the Supreme Court judgment that said Thoko had been unlawfully terminated.

Kagoro also questioned the conflating of the two entities, highlighting that when they went into the 2018 elections they were separate parties and that the Zimbabwe Electoral Commission (ZEC) would have not allowed Khuphe to register MDC-T if it was the same party as MDC-Alliance.

Mr Kagoro also pointed out that Khuphe had legally formed her own party before the last elections because she went to congress and had her own elected officials which meant according to  MDC-T constitution she had ceased to be a member of that party.

Khuphe and her allies recently pulled a shocker when Komichi publicly said they were the MDC-Alliance while all along they were recalling legislators claiming they had ceased to be a member of the MDC-T.

This means they intend to go to the by-elections using the name of a political rivalry party they contested against and lost to in the last elections.

Many political  experts and analysts have explained these unfolding developments as plots to destroy the Nelson Chamisa led opposition party which has represented formidable opposition to the ruling Zanu-Pf.

Kogoro concluded by stating that if this fighting in the opposition goes on, coupled with the pending 26 Constitutional ammendments, this would be handing President Emmerson Mnangagwa a one party state on a “golden platter.”

MDC-Alliance has been weathering massive attacks from different directions in recent times that has seen many of it’s legislators being recalled almost on a daily basis.

Early this year, a Supreme Court ruling gave Thokozani Khuphe interim leadership of the MDC-T that was led by the late Morgan Tsvangirai.

She and her allies have used this ruling to recall many elected officials of the MDC-Alliance despite the fact that they were also ordered to go for a special congress within the specified time frame which they have failed to comply with.

If Rule Of Law And Constitutionalism Were Respected, There Would Be No By-Elections: Brian Kagoro

HARARE - Top Human Rights activist and Constitutional lawyer, Brian Kagoro has said if Zimbabwe respected rule of law and constitutionalism, there would be no by-elections slated for December this year because the recalls that necessitated these by-electio...
Share via
x
More Information
x