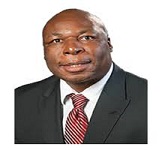 ZIMBABWE – Former advisor to MDC-T leader Morgan Tsvangirai, Maxwell Zeb Shumba (MS) (49) recently formed his party, ZimFirst. NewZimbabwe.com’s (NZ) Nkosana Dlamini rang up the United States based politician to hear more about his party, its future and policies and below are excerpts of the interview.

NZ: Dr Shumba, please tell us about yourself and your party.

MS: I went to school first in Cuba and here in the US. I hold a PhD in Chemistry and I am a regulatory affairs scientist focussing on chemical compliance. Politically, I started with the NCA in 1998 and I was a delegate to the February 28-29, 1999 NCA convention which gave birth to MDC. I am a founder member of MDC and founding chairman of MDC, USA.

I rose through the ranks to be the chief political strategist for Morgan Tsvangirai, a post which I left because of some fundamental differences and started focussing on uniting the country towards a new concept which we call Zimbabwe First and the challenges we had in trying to bring all political parties under one national convergence banner gave birth to Zimbabwe First as a party.

NZ: How do you intend to run your political party successfully when you are based abroad?

MS: This is one of the things we are teaching Zimbabweans that we can do great things if we have great ideas and I have shown Zimbabweans that a party can be run from afar. This is an era of technology. We are going to bring the methodical preparations when I am on the ground. I talk to people back home every day. So you can imagine if I am able to do these things from afar, what will happen if I am on the ground.

NZ: Do you have any intentions to return home permanently?

MS: I have been in the USA since 2001; I work professionally here but if I would give my shoes to another person, that person would know he needs to go back to Zimbabwe because that’s what everyone aspires to do. What is happening back home pains me as a Zimbabwean and there was a calling from many quarters that I should come home that I responded to and I am coming back home. In terms of time, people will know. We do not announce our strategy, our revolution is silent so we do not advertise what we intend to do. People will see me on the ground. ZimFirst is for real and ZimFirst is going to take part in the 2018 elections.

NZ: As advisor to Tsvangirai, what exactly were your roles and how were your relations?

MS: My role was to author new strategies after the controversial loss of 2013 and there was a realisation that MDC needed a paradigm shift. After consultative meetings, it was realised there was need to go back to the ideals of 1999 (when MDC was formed).

My relationship with Mr Tsvangirai was very cordial, very respectful and I still respect him as a man. It’s only that I don’t think he still has the capabilities to lead the country not only to change but to do what we call substantive change, not just to remove Mugabe but change which will make Zimbabwe a prosperous country.

I have fundamental differences with him on the way forward.

NZ: What were those differences?

MS: I believe honestly there is a lot which at an appropriate platform I would be able to say. But essentially I believe that going into 2018, the struggle needs fresh ideas and fresh legs and that was not happening. You have people who feel they have entrenched their positions and don’t want to accept new people and new ideas.

NZ: From what you are saying, you sound like you urged Tsvangirai to step down, is that the case?

MS: No, I did not. I wanted him to still be there but have new people; not necessarily as presidents but people who work with him, with new ideas but the people who are entrenched around him felt threatened and they erected barricades from new people. This is why I did not even go with (Elton) Mangoma and Tendai Biti because I did not feel change in MDC was only focussed on Tsvangirai. It was paradigm shift for the whole cadre, the culture in the party. I don’t think the failures of 2013 can be put on Morgan alone.

NZ: Did you have any specific new persons in mind you wanted him to work with?

MS: No, it was not a personalised objective. It was the creation of a platform where people like you and other people would come with their ideas. Once the platform is created and people know there is a platform for fresh ideas and fresh legs, then new people would come and they would express themselves and organically new leaders would come out.

MS: No. I am the author of People First. ZimFirst started as a national convergence platform which was called Zimbabwe First National Convergence.

NZ: In ZimFirst, do you have any known political figures in your ranks or it comprises newcomers through and through?

MS: We do not subscribe to political brand names that is why the key concept of fresh ideas and fresh legs. We have people with a lot of expertise, a lot of knowledge who add a lot of value to the equation which is needed to give a solution to the Zimbabwean problem. At inception, we said we were not going to focus on any political names but a platform for fresh ideas and fresh legs.

NZ: You launched your party in your rural home in Murehwa. Why the strange arrangement?

MS: The liberation of Zimbabwe will not know any colour, any class bar; the people in the rural areas who are in the majority were impoverished by this government and ZimFirst identifies with these people.  The rural area where we launched our party has a rich history of the liberation war where many lives were lost. After independence, the same people suffered in the hands of Robert Mugabe. It was a reminder of the neglect that Mugabe’s regime has done, it was a reminder to all political parties that they need to go back to their roots. We are entrenched in rural and urban areas. It is a silent revolution. We are not going to announce our presence in the rural areas but we are going to be present silently.

NZ: What do you mean by silent revolution?

MS: It means we do not have to publicise what we are going to do tomorrow. When we recruit, we are not going to the paper to say this is what we are going to do at such and such a place. No, we are silent. The people you meet walking, they would be ZimFirsters but they won’t tell you who they are; they will be silent and the time shall come up for them to come out.

NZ: How popular do you think you are?

MS: It depends with how you measure popularity. All we care is, are we getting the message to the people to who it is intended. So if you go and ask people they will tell you, no, we don’t know ZimFirst but they will in fact be ZimFirsters. I want you to go back to the wars of the 70s and 80s. It is the same concept.

NZ: The country’s opposition parties have often been accused of lacking ideological identity. As a party, where do you stand?

MS: Our idea is that Zimbabwe can prosper using Zimbabwean ideas but leveraging the ideas which work from the countries which have proven to have systems which work. Everything we do would be done to ensure our country and people prosper.

NZ: What is your position on land redistribution and indigenisation?

MS: Our position is that in Zimbabwe, there was no land reform programme. Zanu PF did a haphazard land reform which saw land redistributed to its members only. We have an agrarian revival programme which will commercialise all fertile land and bring markets to the land. We will begin the concept of village cities which seek to bring markets and modern life to rural areas.

NZ: Does ZimFirst have any structures yet?

MS: Yes, it does. We have structures on the ground, nationally. But as I told you, we have a silent revolution. You will never hear those leading our structures running around like what other political parties do, trying to create names for themselves.

MS: You are going to see me a lot on the ground telling Zimbabweans that a brighter future is coming. I would be on the ground, doing what I know best to deliver on the silent revolution.

MS: Yes, there is no question about that. We are winning. I have never done anything in which I have failed. Look at my profile, I am a winner.

NZ: Currently, there is so much talk about opposition forces forming a coalition, do you see yourself and your party playing a part in that envisaged coalition?

MS: Yes but I will tell you one thing. A coalition should not be a coalition to apportion positions. When we come into a coalition, we are coming with what we can bring to the table and how we can prosecute this war together. Not to crown people with positions. If that platform is to give Zimbabweans a prosperous future, yes we are in but if it is to give each other positions, then we are not party to it.

NZ: The MDC says it has won elections before but not state power, if you win in 2018, how are you going to ensure you become President?

MS: Zanu PF understands its own language. It all boils down to tactics on how we are going to dislodge Zanu PF. We have our strategy and we are not going to advertise it. Does Zanu PF tell you how it is going to kill people, how it is going to rig the elections?

NZ: The country’s economy is currently on its knees, how do you intend to revive it?

MS: Our strategy is very simple. We have enough mineral wealth, which is being mined during the dark and sold in the dark. There is no accountability. As ZimFirst, we are going to bring accountability. There are no special economic policies required for Zimbabwe. We need accountability and transparency in what we do and everything will fall in place and investors will come.

Mugabe runs out of ideas