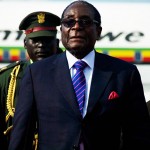 ZIMBABWE – Mugabe has been trying to allay the misgivings of foreign investors over rigid indigenisation laws, political uncertainty and the prohibitive costs of setting up a business in the region.

Mugabe’s call for foreign investment in the continent’s troubled country comes at a time when China — Zimbabwe’s vital investors — is struggling with its own economic woes.

The launch of Zimbabwe’s 10-point plan comes as  citizens dread the possible return to the era of hyperinflation that wreaked havoc on their incomes at the height of the global financial crisis in 2008 and 2009.

Other companies that have Zimbabwe on their radar include Hilton Worldwide, the parent company of Hilton Hotels.  Michael Cooper, vice-president for development in the Sub-Saharan Africa region, said the group would like to include Zimbabwe in its Africa expansion strategy — but Hilton Worldwide has not found possible partners in that country.

Experts believe Zimbabwe has the potential to grow its economy at an astronomical rate in the near future — albeit from a low base.  Therefore it is not surprising that the International Finance Corporation (IFC), a subsidiary of the World Bank, recently held its first talks with Zimbabwe since 2001. The meeting is considered to be the first in a process that could lead to the resumption of lending to corporates in Zimbabwe.

However Zimbabwe does not at present  have a specific pipeline of projects or any timing for targeted new investments, according to Desmond Dodd, head of communications for IFC in South Africa.

Barclays’ operations in that region seem to be hamstrung by low economic growth. Last month the group reported a 24%  half year drop and an increase in operating expenses  from $18.4-million to $19.6-million.

Antony Mandiwanza, Barclays Bank Zimbabwe’s chairman, said the bank would continue to follow the “safe bank mode”l adopted when the economy dollarised. He sees a greater need in the short term to pursue a cautious growth path in the wake of the headwinds the economy currently faces.

He believes the economy has “huge potential”  if efforts to harmonise and stabilise economic policies are sustained in a manner that promotes investment by both local and foreign investors.

However rhetoric means nothing to someone like Ken Yamamoto, a research fellow on Africa at an institute in Tokyo.

“Yes, Zimbabwe, like most African countries, has the potential to flourish, provided they have the right leadership with the right policies. But then potential remains that until it is realised. The problem in Zimbabwe is that there is  leadership rot right from the top. The captain of the ship is clueless on how to realise the country’s potential, and the magnitude of the challenge and solutions to realise that potential is something that flies over Mugabe’s head,” said Yamamoto.

He says Zimbabwe has the potential to have an economy much bigger than South Africa’s — if there is effective planning and implementation of the right policies.

Zimbabwe evidently has potential to export a number of products and services, which include tourism attractions, highly literate citizens who, if incentivised appropriately, have a good work ethic and a high level of productivity.

Yamato, who has conducted extensive research in Africa,  said Zimbabwe also had the potential to be a transport hub for the region. “With the right visionary leadership, it also has the potential to lead in technology and innovation,” said Yamamoto.

His pessimistic view of Zimbabwe is supported by the International Monetary Fund, which on Wednesday cut the Southern African country’s growth forecast for this year from 2.8% to 1.5%, on the back of a  drought and lower commodity exports.

Zimbabwe’s economic  growth and its  failure to attract foreign direct investment (FDI) has been crippled by corruption, red tape and inefficiencies.

Yamamoto notes that it  take several weeks to register a company in Zimbabwe. “But then Robert Mugabe has never cared about these things and he can’t start caring now at (the age of) 91,” said Yamamoto.

Zimbabwe is currently ranked 171st on ease of doing business by the World Bank. This is far from ideal for a country seemingly in desperate need of FDI.

Zimbabwe’s FDI currently stands at an estimated $545-million, way below that of Mozambique ($4.9-billion)  or even Zambia ($2.5-billion).

Yamamoto expects to see an increased number of international businesses entering Zimbabwe only after Mugabe vacates the office. He said there is better potential elsewhere across the globe.

“Iran, after the nuclear deal, will be a much bigger attraction for investors,” he said.

He added that Dangote’s planned business  would not be the first cement business in that market, where South Africa’s PPC, Larfarge as well as China’s Sino Cement already have a presence.

There are no large construction projects underway in Zimbabwe, so Dangote also knows there won’t be huge demand for his products in the short term. “There is not a single construction crane in Harare’s and Bulawayo’s skylines,” said Yamamoto.

While Cameron Hobnobs with Xi, Farmer Languishes in Mugabe seige

The tragedy of a Grace Mugabe presidency

China is not Colonising Zimbabwe