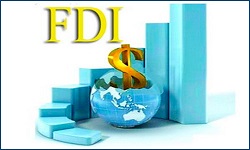 ZIMBABWE – As the quality of Zimbabwe’s institutions deteriorated, the government announced a ‘Look East’ policy. The policy is meant to have been announced in an effort to shore up a struggling economy and manage sanctions that had been imposed by the ‘west’. The ‘look east’ policy was a change in national trade and investment policy from emphasis on the west to the east.

When the policy change was announced, the general consensus was that this shift was caused by the fact that the west was critical of the Zimbabwean government and had imposed sanctions against the country whereas the east was happy to keep a blind eye on what was happening in Zimbabwe.

Given the deterioration in the formal institutions in Zimbabwe at the time, I wondered whether the government announced this shift in policy having noticed that investors from countries with strong formal institutions were less likely to risk investing in the country anyway.

This may mainly be because accurate forecasts and predictions are easier to achieve in familiar environments. For example, British investors are likely to balk at the idea of being asked to partner with the Zimbabwean Armed Forces (and cede 51%) in a business venture whereas a Chinese investor may not hesitate at that opportunity because that might be normal practice in China. This implies that the bigger the institutional differences, the less likely it is for the investor to invest in the host country.

According to World Governance Indicators, Zimbabwe’s governance/institutions have deteriorated very significantly in the last two decades (see chart 1 below). The indicators are based on responses to surveys on people’s perception of the rule of law, control of corruption, government effectiveness, voice and accountability, political stability and regulatory quality.

Responses are gathered from a number of survey institutes, think tanks, non-governmental organizations, international organizations and private sector firms and score allocates. The estimate of governance ranges from approximately -2.5 (weak) to 2.5 (strong). Chart 1 below looks at the average scores since 1996. I have added the scores of other countries around Zimbabwe for comparison.

Odd one out: Quality of Zimbabwe’s institutions compared to neighbouring countries

I interrogated the east vs west idea in order to explore the possibility of a thought process in the government’s look east policy. To do this, I looked at the average World Governance Indicators institutional scores for a number of countries in the east and west that have been mentioned in the context of Zimbabwe’s quest for FDI. I have also included some countries around Zimbabwe as a comparison. The countries selected for analysis are Australia, Botswana, China, India, Iran, Japan, Namibia, South Africa, Russia, UK, USA, Vietnam, Zambia and Zimbabwe.

Based on the above, it would seem that Zimbabwe abandoned attempts to attract trade and investment with the west when it realised that the prospects of success was low.

The housing dilemma in Zimbabwe

ZIMBABWE - As the quality of Zimbabwe’s institutions deteriorated, the government announced a ‘Look East’ policy. The policy is meant to have been announced in an effort to shore up a struggling economy and manage sanctions that had been imposed by t...
Share via
x
More Information
x