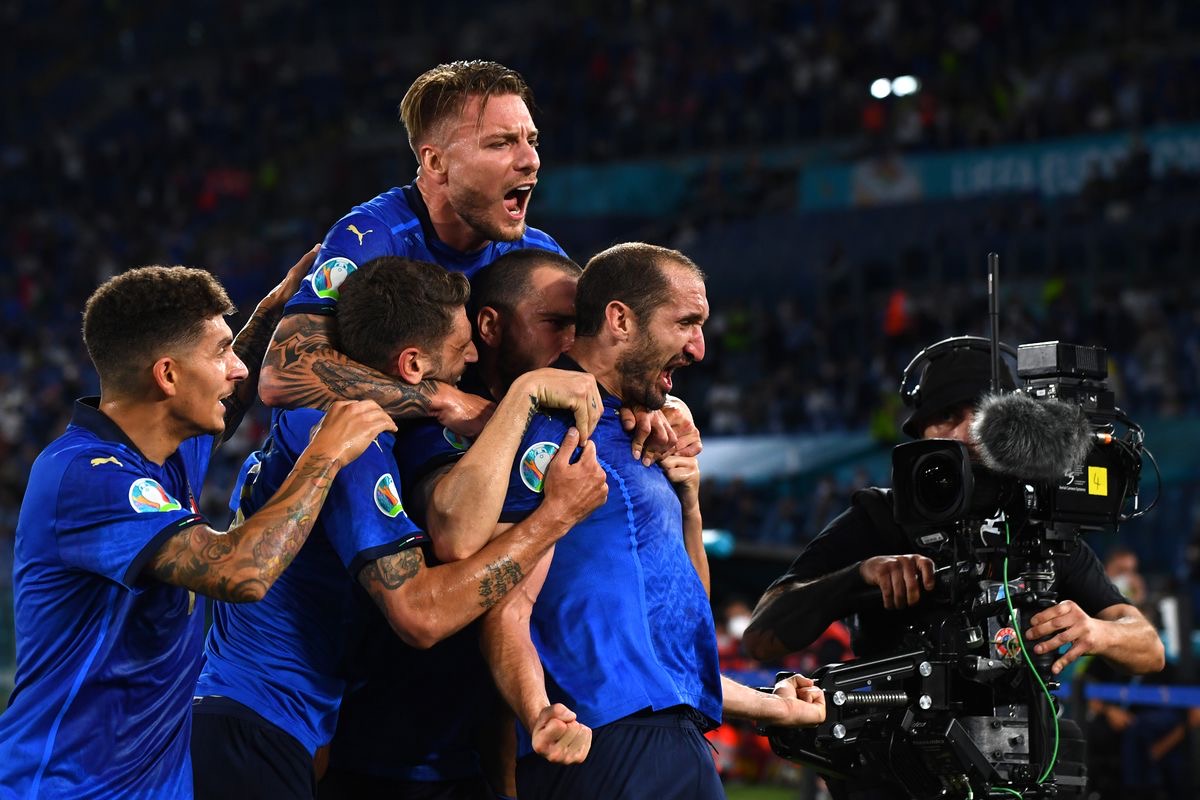 In the end, it all came down to one kick. One kick to put Italy into the final. One kick to erase the years of underachievement, one kick to quench a nation’s longing, one kick for everything. The kick fell to Jorginho. With his customary hop and skip, and a composure verging on the ridiculous, he sent Unai Simón the wrong way and rolled the ball into the corner.

That one kick ended almost three hours of the highest tension, as well as Spain’s flawed, valiant campaign to regain the trophy they won in 2008 and 2012. For Pedri, the brilliant 18-year-old midfielder who ran the game and completed 98% of his passes, the tears flowed and would not stop. But once the sadness has ebbed there will be real pride for Luis Enrique and his team: progress to build on, a new generation of fearless young stars to fete and nurture. Judge this team not too harshly. Dani Olmo – one of their best players – put a penalty over the bar. Álvaro Morata – whose goal forced extra time in the first place – had his saved. It is no kind of margin at all.

It was a semi-final that would have been a worthy final, a game of dazzling technical quality that pulsed and throbbed like a human heart, abetted by the excellent refereeing of Felix Brych. You might say that Spain marginally deserved to win it on the balance of the night; Italy on the balance of the tournament. Despite taking the lead through Federico Chiesa they never quite managed to hit the heights of their previous matches. None of that will matter to Roberto Mancini, who amid the wild celebrations remained the most suave and unflappable man at Wembley. In his mind, you suspect, the quest to topple England or Denmark has already begun.

ational stadium was a vivid and dramatic fiesta of watercolour under the lights: sodden Spanish white and drenched Italian blue on a pitch softened and slickened by a day and a night of rain. In the stands, at least, the Azzurri were decisively in the majority, barracking the long Spanish spells of possession, erupting on the occasions when Italy threatened the high backline, rising as one when Chiesa’s stunning finish put them ahead on the hour.

This Spain team are a slightly more chaotic evolution of their illustrious predecessors of a decade ago: full of the regulation craft and cleverness but with just the faintest whiff of calamity at their core, typified by the sight of Simón racing out of his goal like a Sunday ringer with designs on a central midfield berth. Sometimes he got the ball; sometimes, more alarmingly, he did not. But for all this, Spain largely controlled the game amid the occasional squally Italian counter

In the end, it all came down to one kick. One kick to put Italy into the final. One kick to erase the years of underachievement, one kick to quench a nation’s longing, one kick for everything. The kick fell to Jorginho. With his customary hop and skip,...
Share via
x
More Information