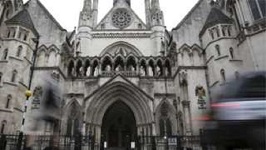 ZIMBABWE – A judge has ordered immigration officials to release a Zimbabwean convicted criminal because the UK has “no prospect” of deporting him.

Mr Justice Garnham, at the High Court in London, accepted that Andre Babbage was “likely” to abscond and offend.

But he said Babbage’s continued detention was unjustified, because the home secretary was not going to be able to send him back to Zimbabwe.

Babbage has UK convictions for supplying cocaine, assault and robbery.

The Zimbabwean national, who was born in 1986 and came to the UK with his mother in 2003, had been in immigration detention since October 2013.

The judge said that Babbage had “no right to remain in the UK” and had “committed serious offences in this country”.

But he went on to say that Zimbabwe would only accept “returning nationals” if they had a passport or wished to return.

Babbage did not have a current Zimbabwean passport, and had repeatedly made it clear that he did not consent to being returned to Zimbabwe, Mr Justice Garnham said.

Therefore there was “no prospect” of deportation to Zimbabwe and continued detention “could not be justified”, he ruled.

“It is my judgement that [he] would be likely, if released, to abscond and to commit further offences,” the ruling said.

“The question which arises here is whether the Home Secretary can justify [his] continued detention when he has made it clear that he will not return home.

“My answer to that question is ‘no’.”

Babbage had been given leave to remain in Britain in 2007, the court heard.

In a period of about two years he built up a “serious criminal record”, committing offences including supplying cocaine, harassment, criminal damage and theft.

In 2011, he was convicted of robbery, after a hearing at Woolwich Crown Court, and given a 30-month sentence.

Home Office officials made a deportation order in 2013 and he had been placed in immigration detention pending deportation.

ZIMBABWE - A judge has ordered immigration officials to release a Zimbabwean convicted criminal because the UK has 'no prospect' of deporting him. Mr Justice Garnham, at the High Court in London, accepted that Andre Babbage was 'likely' to abscond and ...
Share via
x
More Information