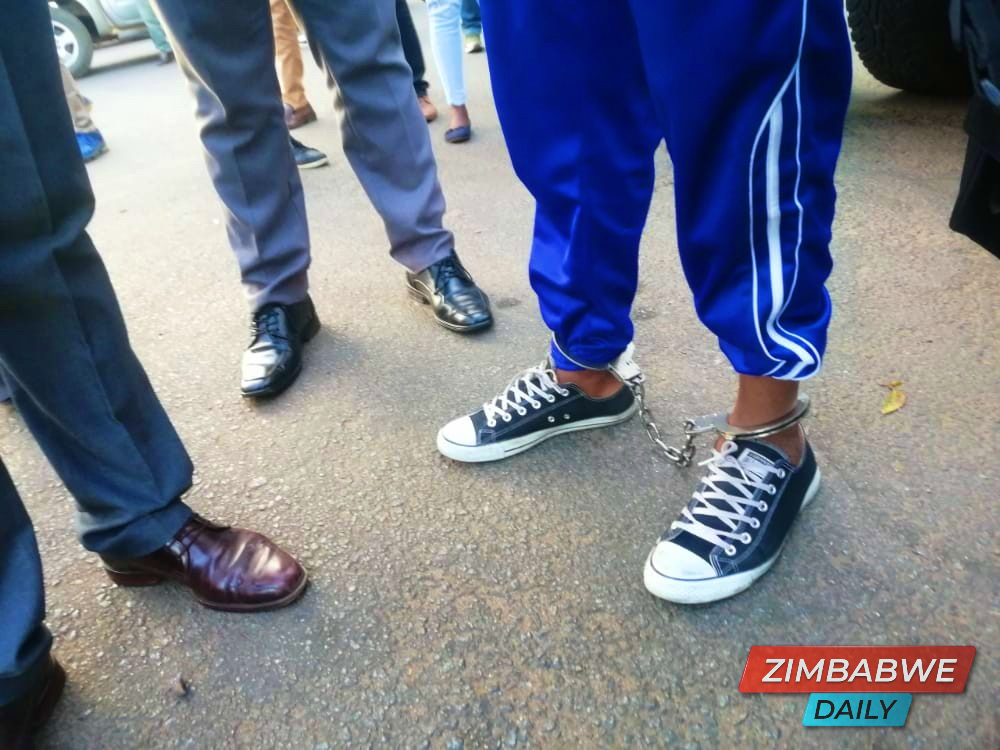 Let the world be informed that junior prison officers at Chikurubi Maximum Prison are under siege for allegations that they were treating me nicely and not to the insructions of their bosses.

I have received unusual visits both at home and at my office from several prison officers who have been victimized for alleged favoritism to me.

They were called to some kangaroo courts at the Prisons Headquarters and accused of failure to execute instructions, some of them bizzare.

They are accused of having failed to control journalists at the High Court after my granting of bail by Justice Ndewere by allowing them to film myself and talk to friends and relatives who have come to give me solidarity.

The other allegation is that they allowed Hopewell Chin’ono to visit me in the holding cell at the High Court and took some pictures of myself looking tormented which Hopewell splashed to the world.

In addition it is allegedly that I was allowed to humiliate the State when I asked to be unchained for me to be able to climb the back stairs of the prison magumedhe.

They are accused them of having allowed my wife to bring me food when I was supposed to eat prison food. Some of the plot to inject us with a lethal substance a subject for another day. I can’t reveal the details today. It’s for another day.

Some of the officers have been defrothed of their duties as intelligence and security personnel and have been transferred to Mazowe.

One has been downgraded to be a guard at the prison medical stores. Another one is going to be transferred to Binga. I will not mention the names of these officers under siege at this moment but if the persecution continues I will be left with no option but to reveal them.

I witnessed it one day when one officer Sergent Chitsa was called into the office of Supritendent Mlambo and insulted left, right and centre and was demanded to produce his MDC party card for allowing me to properly climb into the prison truck. He was accused of allowing me to move slowly under leg irons.

This is a very old woman, who has long reached retirement time and is renewing her contract annually but should rather be playing with grandchildren in the village. She humiliated and insulted an adult, a father of many children, for not practicing enough cruelty on my person.

Chitsa came back in the magumedhe tears rolling, only for us to be told by those who overhead the abuse telling us what happened.

The one who is selling false information to prison authorities is one I can’t mention by his name at the present moment but is nicknamed Long and Short sleeves by his colleagues behind his back for the massacre of MDC supporters in Uzumba Maramba Pfungwe during the 2008 sole run off of Robert Mugabe.

His single star rank is said to have been obtained after he begged it from the former Commissioner General of Prisons and Correctional Services for faithfully saved the party by the sellout role of other officers, which he is profound of.

He got the job after being the most cruel Border Gezi Training College graduate.

To my brothers, I have heard your cries. I will not hesitate to approach the Courts if you gather enough courage if the persecution persists.