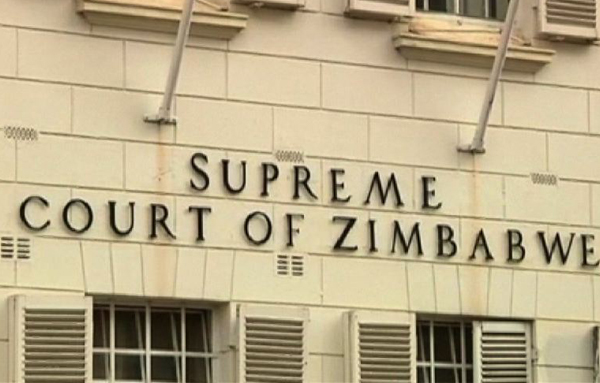 Justice Chiweshe, the immediate past Judge President of the High Court, said this yesterday while testifying before Harare magistrate Lazini Ncube in a case where Mubaiwa is accused of fraudulently getting married to Chiwenga.

Yesterday, he told the court that he did not solemnise the marriage, but referred Mubaiwa to another marriage officer, now High Court judge, Justice Munamato Mutevedzi.

Mubaiwa is being represented by Beatrice Mtetwa.

Justice Chiweshe told Ncube that Mubaiwa approached him as her uncle at his offices at the High Court and asked to be assisted to get the marriage solemnised, but he referred her to Mutevedzi.

He said he had no suspicions that she was misrepresenting facts as she was already staying with Chiwenga, and the Vice-President had paid lobola for her.

“I assumed it was a request from the couple. Don’t forget Chiwenga had paid lobola, they were living together and were having children, and so I had no reason to suspect that what Mubaiwa was asking for had not been discussed with her husband,” Justice Chiweshe said, adding that he never thought Mubaiwa’s request would lead them to a courtroom.

He said he was also not aware of the happenings in their marriage as Mubaiwa had stopped communicating with him after marrying the former army general.

In her defence, Mubaiwa pleaded not guilty saying from the time of the payment of her lobola on July 2, 2011, they had agreed that they would formally wed as per custom.

She said a wedding was requested from her family upon conclusion of the lobola ceremony.

“As she was pregnant with the parties’ first child at the time of the roora (lobola), no date was agreed to as at the time of the payment of roora. She delivered the parties’ first child on November 4, 2011 and she fell pregnant soon thereafter and gave birth to their second child on November 15, 2012 with a third pregnancy following soon thereafter with the parties’ last child being born on the February 13, 2014,” Mtetwa submitted on behalf of Mubaiwa.

Mtetwa said her client’s back was weakened due to successive pregnancies and she suffered from backpain, resulting in the intended wedding being shelved until she got better.

She said thereafter, Mubaiwa suffered from several other illnesses and was also operated on for sinusitis.

Mtetwa said although the couple discussed the wedding from time-to-time, a date was never set due to several other illnesses after the White City Stadium bomb blast in Bulawayo in July 2018.

She said when Chiwenga was in India in 2019 where he was receiving treatment, the couple agreed that it would have a small wedding and Mubaiwa ordered wedding rings from Chiwenga’s client, which could not have been done without his knowledge.

Mtetwa said Mubaiwa would contend that her prosecution was part of her continued persecution through the use of the criminal justice system and deny that she did anything which could remotely be categorised as a contravention of section 35 of the Criminal Procedure and Evidence Act.

The matter was remanded to today for continuation of trial.

Warrant of arrest for Jimalo’s son