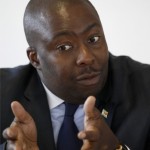 ZIMBABWE – Divisive and devious tactics by plotters against President Mugabe ahead of Zanu-PF’s Annual National People’s Conference will come to naught, the party’s national commissar Cde Saviour Kasukuwere has said.

Cde Kasukuwere said there was no vacancy for the top post in the party and government.
He warned Politburo and Central Committee members against interfering with the lower structures of the party to position themselves. The conference is slated for Victoria Falls from December 7 to 13.

Cde Kasukuwere made the remarks in Chiweshe yesterday while addressing hundreds of mourners at the burial of former Mazowe West legislator Cde Margaret Zinyemba.
Cde Zinyemba, 76, died on Friday and was declared a provincial liberation war heroine. “We’re not going to carry chaos to Victoria Falls,” Cde Kasukuwere said.

“There’s no one who should aspire when the incumbent is still in office. There are some who aren’t sleeping scheming and thinking about positioning themselves. Let them know that positions come from God. Today, that person who was given a responsibility to lead is President Mugabe. Let the country go forward because President Mugabe has done very well for our people. We stand behind President Mugabe only. If you go out of that then it’s your own problem.”

He added: “Zanu-PF meetings have got minutes and if you see anything to the contrary know that you’re being led astray. There are some who schemed against Zanu-PF during the night but where are they today? Some are even begging us to readmit them.”

Cde Kasukuwere said some senior party leaders had become “masters of confusion” in their respective provinces, always interfering with the restructuring being carried out. “If we catch you trying to cause confusion in the party you’re gone,” he said.

“There are some provinces which are giving us problems where a high ranking official goes to the cell and creates problems. Why should you go to the cell? You interfere with district elections, who has invited you there? When you were given a Politburo or Central Committee position were you not happy? So why interfere with other people’s positions.”

“When you’re given a position you become master of confusion. Be satisfied with your position. Descending on the lower structures of the party, below your own ranks is unacceptable. Issues to do with provinces are handled through the commissariat. No leader in the party has authority to go outside the structures and deal with individual provinces whether or not one comes from that province. We’ve got procedures.”

Cde Kasukuwere said all provinces should have completed the restructuring by month end and there was no room for fictitious districts. “We’re going to meet all the chairpersons on Friday and make countrywide tours to ensure there’s order,” he said. “We’ve to put to an end some of the unnecessary fissures in the provinces.”

He warned party members against taking party issues to the private media or various social media platforms, saying the party had laid down procedures of airing grievances.

Cde Kasukuwere blasted the Mashonaland Central lands committee for letting down Cde Zinyemba by denying her a farm despite the immense contribution she made during the liberation struggle. The farm she was allocated was grabbed by a person of Asian descent with the help of senior Zanu-PF and government officials in the province. “That land belongs to the people of Mazowe. Cde Zinyemba fought for this land but she died without a farm.”

Minister of State for Mashonaland Central Provincial Affairs Advocate Martin Dinha promised to take up the issue with Lands and Rural Resettlement Minister Douglas Mombeshora when he visits the province this week.

Minister Dinha said Zimbabwe could not have been where it is now were it not for the “diligence, selflessness and bravery” of people like Cde Zinyemba.

Cde Zinyemba joined Zanu-PF in 1964 and during the war she worked with the comrades who operated in Chiweshe, Bindura, Goromonzi and Chinamhora. She held senior leadership positions in the party and became the first woman to be elected vice chairperson at the Mazowe rural district council.

In Parliament, she chaired the Local Government portfolio committee and was also in the Standing Rules and Orders Committee between 2005 and 2008.