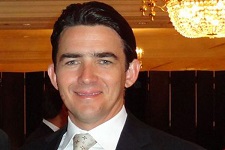 ZIMBABWE – Businessman Ken Sharpe, who is a director of Afritrade International (ATI), has been ordered by the Fiscal Appeal Court to pay $6,3 million to Zimbabwe Revenue Authority (Zimra) in taxes.

The businessman’s efforts to avoid paying the government value added tax (VAT) after conducting business by supplying basic commodities under the Basic Commodities Supply Side Intervention (Bacossi) seven years ago, were thwarted by the Fiscal Appeal Court, which ruled that his firm, ATI, had an obligation to pay the demanded tax.

High Court judge, Justice Samuel Kudya delivered his judgment on Tuesday in a matter where ATI had approached the Fiscal Appeal Court challenging Zimra’s demand for the tax.

According to the evidence presented in court, sometime in 2008, ATI (incorporated in May in the British Virgin Islands) entered into an agreement with the Reserve Bank of Zimbabwe (RBZ) to supply Bacossi products to Zimbabwe.

This was done through Sharpe, a Zimbabwean citizen and founder of West Group (WG) (Pvt) Ltd and director of its subsidiary bonded warehouse, Douglous and Tate (DT) (situated in Chitungwiza) after taking into account that Sharpe, through ATI had been doing business in the country way before the introduction of Bacossi.

The court heard that sometime in April 2009, Zimra appointed WG and its subsidiaries as agents to collect VAT owed to it by ATI, but the latter declined to provide Zimra with information on its business profile and shareholders directors amid fears it would implicate Sharpe as a director and employee of ATI.

“The investigation prompted the respondent (Zimra) to raise against the appellant (ATI) schedules for outstanding VAT on both the non Bacossi and Bacossi transactions . . . in the sum of $6 302 712,13 inclusive of interest and penalties,” Justice Kudya said.

But in a bid to avoid paying Zimra its dues, Sharpe, through ATI, denied ever doing business in Zimbabwe and indicated that the local transactions were imports carried out by the holding company, the RBZ and other local companies, an assertion dismissed by the court.

“The appellant called the evidence of the founder and chairman of the holding company and director of D T (Sharpe). He confirmed the foreign status of the appellant and its relationship with D T . . . he said he was not a director, employee or official of the appellant or the clearing agent,” the judge said.

“His averments preceding the incorporation of the appellant (ATI) on May 19, 2005 underscored his unreliability and the need for the testimony of the active officers or agents of the appellant.

“I am satisfied that he was not a credible and reliable witness . . . I hold that the appellant was the importer of both the non-Bacossi and Bacossi goods.”

Justice Kudya added: “. . . accordingly, the appeal is dismissed with no order as to costs.”

Zimra was represented by Mutamangira Associates.

ZIMBABWE - Businessman Ken Sharpe, who is a director of Afritrade International (ATI), has been ordered by the Fiscal Appeal Court to pay $6,3 million to Zimbabwe Revenue Authority (Zimra) in taxes.  The businessman’s efforts to avoid paying the governm...
Share via
x
More Information
x