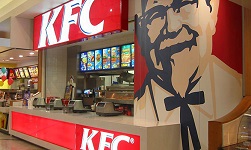 According to Bulawayo City Council (BCC)’s council minutes, an application was received from the development manager of Crispy Chicken Restaurants (Pvt) Ltd, t/a KFC Zimbabwe, for a piece of land situated at Bradfield Shopping Centre to establish a drive-through restaurant.

Councillors reportedly consented to the application, indicating this type of development was required in the city and it would also bring about a number of activities at Bradfield Shopping Centre.

BCC then sold the stand measuring 700m2 to KFC Zimbabwe at a selling price of $17 500, excluding value-added tax, to establish a drive-through restaurant.

KFC closed its outlets in Zimbabwe during the economic meltdown in 2007 and reopened them in 2014.

In 2014, KFC Zimbabwe general manager new Africa markets Bruce Layzell revealed that the performance of its franchise in Zimbabwe had been pleasing and exceeded expectations.

The Zimbabwean operation is majority-owned by Country Bird Holdings, a Johannesburg-listed company, and the remainder is in the hands of a local partner.

Layzell also said shops were part of over 700 franchises that were owned by KFC on the African continent.

Yum! Brands, Inc, or Yum!, is a United States-based Fortune 500 corporation. It operates the licensed fastfood brands Taco Bell, KFC, Pizza Hut, and Wing Street worldwide.
The drive-through restaurant would be the second of its kind to be established in Bulawayo, following Innscor Holdings’.

Innscor, under its fastfoods division, Simbisa Brands, has set up a Chicken Inn drive-through service on the outskirts of the central business district along Hillside Road near the Zimbabwe International Trade Fair exhibition centre.