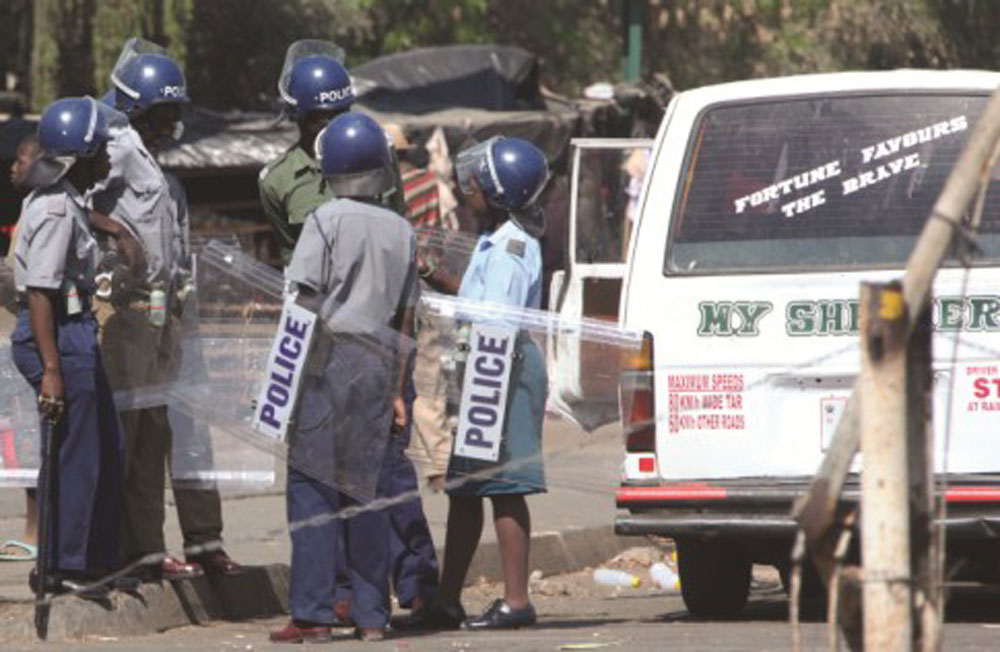 HARARE – Eight commuter omnibus conductors who were arrested over the weekend for trying to bribe traffic police by paying them amounts ranging from US$2 to US$5 were sentenced to six months in prison by Harare magistrate Noticia Shenge. The conductors, Hamphry Midzi (22), Godknows Nyawata (24), Abisha Kamwaya (28), Tinotenda Matuvha (23), Bothwell Jack (18), Tadiwa Webster Homotso (19), Tinotenda Bhudala (19) and Raphael Zinyama (33) had their 12-year sentences suspended to six months on condition that they do not commit the same offences in five years.

The conductors were arrested on June 16 this year at around 8 am when their buses were stopped at police roadblocks around Harare.

The convicts disembarked from their buses and approached police officers and gave them varying amounts of United States dollars from US$2 to US$5 as bribe money for free passage at roadblocks.

This led to their arrests. Some members of the public are expressing concern over the arrests of those who engage in petty corruption while individuals who are “stealing millions” from state coffers remain untouched.

To date, several political elites have been arrested over corruption and a huge fraction of them was released after the state failed to provide compelling evidence against them.

HARARE - Eight commuter omnibus conductors who were arrested over the weekend for trying to bribe traffic police by paying them amounts ranging from US$2 to US$5 were sentenced to six months in prison by Harare magistrate Noticia Shenge. The conductors, Ha...
Share via
x
More Information