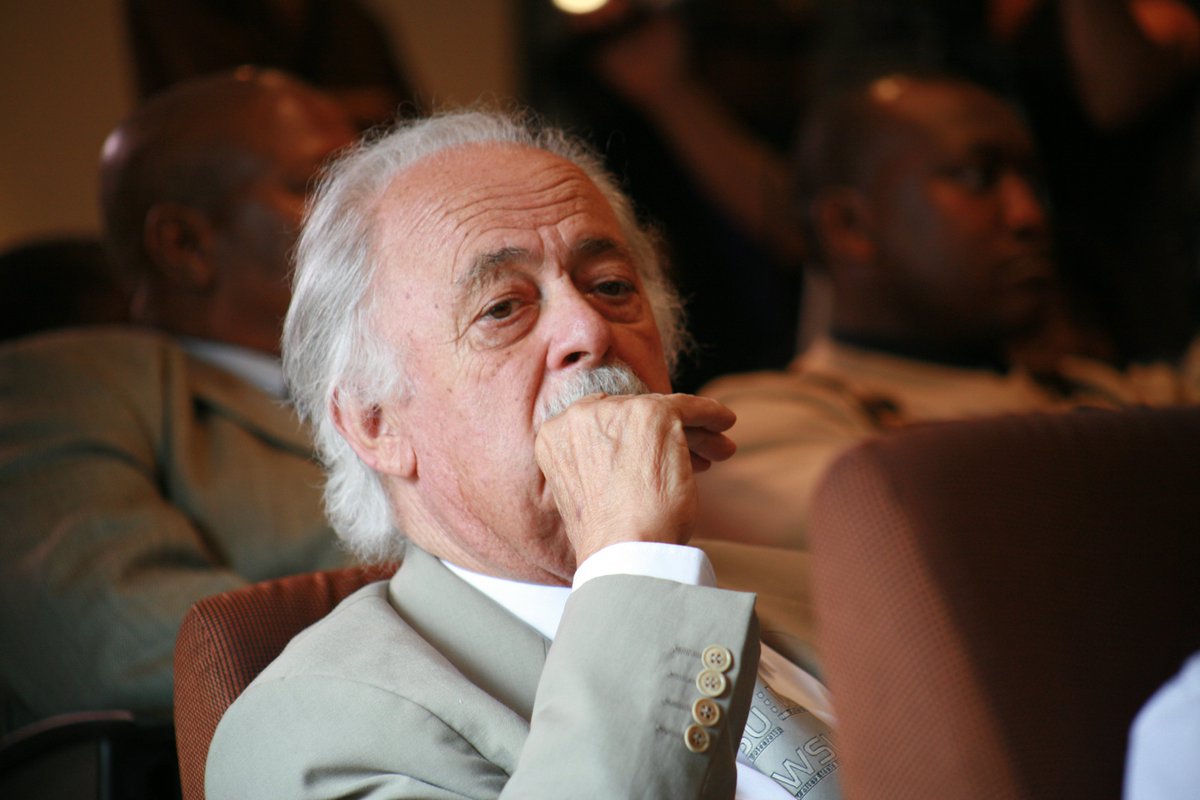 JOHANNESBURG – Noted South African lawyer George Bizos, who defended Nelson Mandela in many of his trials during the anti-apartheid struggle and helped win his release from prison, died on Wednesday at the age of 92.

Bizos, known as one of the icons of South Africa’s fight for democracy, died of old age at his home in Johannesburg, his family said in a joint statement with the Legal Resource Centre (LRC), where he was a member.

“George Bizos is one of those lawyers who contributed immensely to the attainment of our democracy,” President Cyril Ramaphosa said in a televised statement, calling him one of the architects of the country’s constitution.

Bizos, a human rights champion for all his life, defended Mandela in the 1960s during the Rivonia Trial, named after a suburban locality on the outskirts of Johannesburg where many apartheid opponents were hiding in a farm.

“The friendship between him (Bizos) and Mandela spanned more than seven decades and was legendary,” the Nelson Mandela Foundation, a nonprofit organisation, said in a statement.

“He was a true humanist and trailblazing lawyer . We thank him for sterling work in the Rivonia Trial and president Tsvangirai’s treason trial. The world has truly lost a champion human rights defender,” MDC vice president Tendai Biti said.

Born in Greece in 1927, Bizos came to South Africa in 1941 at the age of 13 as a World War Two refugee and settled in Johannesburg. He completed his law degree at the University of Witwatersrand in 1951 and was admitted to the Johannesburg Bar in 1950. He served as an advocate in Johannesburg until 1990, according to the foundation.

As member of the Legal Resource Center, a public-interest litigation organisation, Bizos led a team for the government to pass the Constitution in 1996, represented people who were victims of apartheid atrocities, and fought for families whose members were murdered in detention, the LRC said.

“He also played an instrumental role in the negotiations for the release of Nelson Mandela,” it said. – Reuters

JOHANNESBURG – Noted South African lawyer George Bizos, who defended Nelson Mandela in many of his trials during the anti-apartheid struggle and helped win his release from prison, died on Wednesday at the age of 92. Bizos, known as one of the icons of S...
Share via
x
More Information