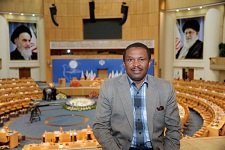 ZIMBABWE – The Zimbabwe Music Awards (Zima) are definitely roses that are yet to bud. Nevertheless, they already exude an overwhelming appeal.

Although the country is facing a biting economic crunch that has seen many organisations downscaling operations and others closing shop, the Zimas are still taking place with all the glitz and glamour.

Understandably, the awards ceremony will be critiqued. It shall be said that last week’s red-carpet experience was awful, that it was poorly organised and managed. There were no pre-meetings with nominees to guarantee a smooth flow at the event.

There was no punctuality, the event kicked off two or so hours late, which was a great setback considering that the event was held mid-week. Moreover, the organisers appeared clueless on how best to plan the sequence of their award presentations.

Perhaps concluding with the much favoured Song of the Year award or having it just before the Lifetime Achievement award helped the organisers hold a handful of the people that graced the gigantic HICC for a bit longer.

Soon after Winky D’s song “Disappear” scooped the gong, there was mass exodus from the auditorium by both artistes and fans. Clearly this was not in protest, there was just nothing interesting to look forward to anymore.

Even the visiting Ghanaian reggae musician Blakk Rasta had glumness written all over his face as he had to be content with playing for the empty seats.

However, the most important thing is that the event came to pass. Never mind the limp.

Here was a group of people led by the passionate chairman of the awards, Joseph Nyadzayo, determined to celebrate the arts.

When recognition and appreciation comes in whatever form and on whatever platform, it strikes a deep chord in the recognised and appreciated. The assurance that the artistes are doing something worthwhile is enough to boost their spirits. Thursday was a night in which organisers sought no glamour or glory for themselves, they did so for the various stakeholders in the cut-throat arts industry.

Speaking to this publication just before the awards event, the Zima chairman was speechless.

“…wish I knew how to respond at the moment if someone asks me how I feel. Honestly I don’t know. Maybe after the awards tonight I will have an answer. I have tried my best and it’s now time for measure,” said Nyadzayo at a nominees reception at the Zimbabwe College of Music.

While some might choose to focus on the shortcomings of the event, the glaring gaps that were here and there, the nominated were clearly feeling warm and fuzzy, they glowed inside and outside.

Multiple award-winner of the night, the high-riding Jah Prayzah captured it all when he said, “Just being nominated, not winning, is more than enough, that recognition is encouraging.”

In this almost thankless industry that offers poor financial returns for many, anyone who applauds the artistes for their efforts is fully appreciated. Congratulations to all the winners.

Song of the Year

Album of the Year

ZIMBABWE - The Zimbabwe Music Awards (Zima) are definitely roses that are yet to bud. Nevertheless, they already exude an overwhelming appeal. Although the country is facing a biting economic crunch that has seen many organisations downscaling operations a...
Share via
x
More Information