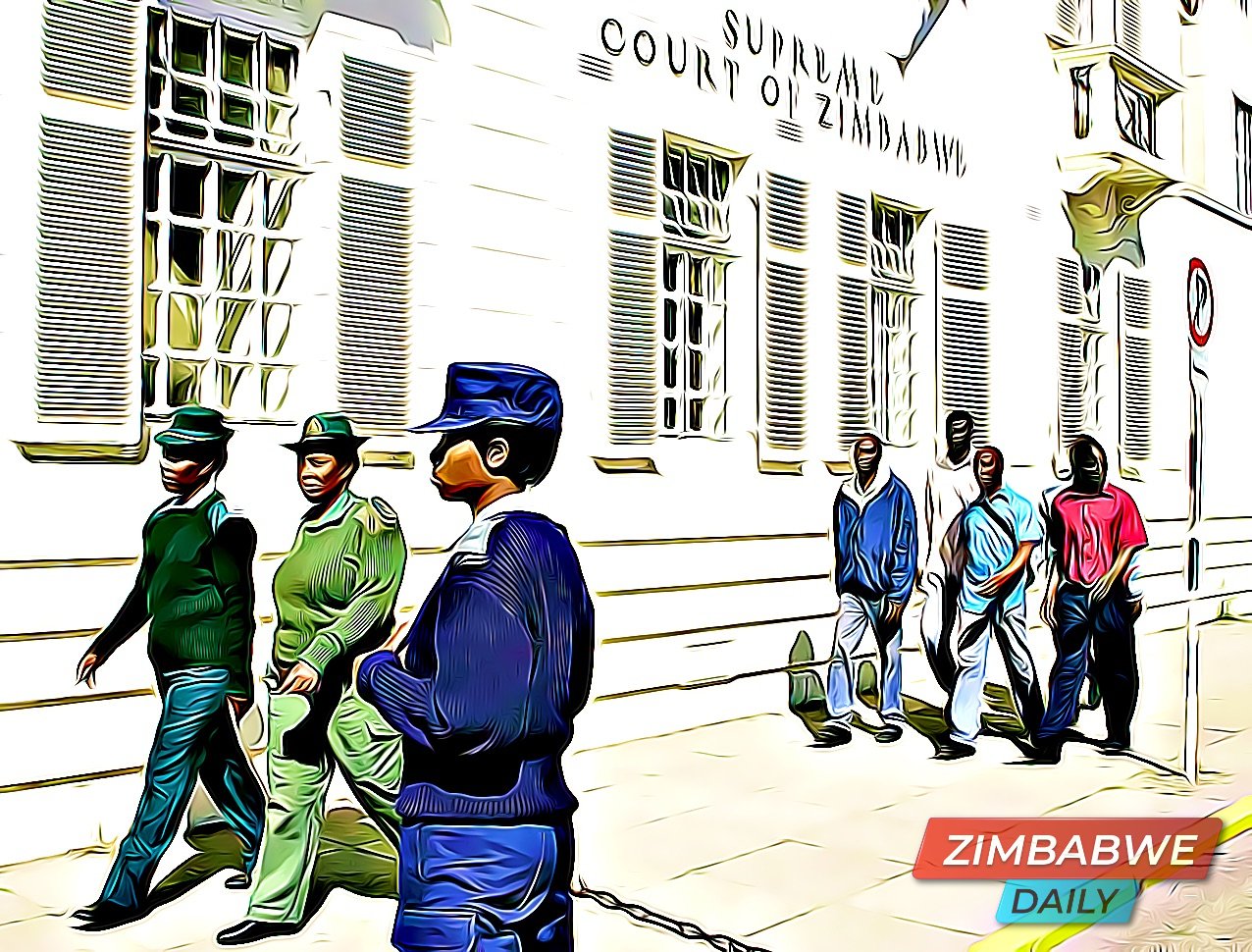 Zimbabweans walk past constitutional court building, on July 4, 2013 in Harare, during a court hearing regarding a request by Zimbabwe President Robert Mugabe to postpone general elections to August 14 instead of July 31. AFP/PHOTO JEKESAI NJIKIZANA

If Zimbabwean lives truly matter, we will stop pretending that we have an independent judiciary. ‬We did not under Robert Mugabe, and we don’t under Emmerson Mnangagwa.

We will remind ourselves how in the place of brave men like Justices Dumbutshena and Gubbay we ended up with Chief Justices like Chidyausiku and Malaba who were installed to advance and protect the interests of a criminal and violent state.‬

‪We will remind ourselves that independent justices and people of conscience like Wilson Sandura would never become Chief Justices of Zimbabwe precisely because they were eminently qualified to be.

We will remind ourselves that many judges who had the integrity to resist political interference had to flee the country into exile, including Justice Sandra Mungwira who acquitted three MDC activists falsely accused of murder, and Michael Majuru who ruled in favor of an independent newspaper the government had banned.‬

‪Justices Ahmed Ibrahim, James Devittie and Nick McNally were also forced into exile after being threatened with violence when they resisted the government’s undermining of the judiciary.‬

‪Not all were able to withstand the pressure. There is the case of Justice Uchena reversing his own ruling after then president Robert Mugabe had called it “stupid” that Roy Bennet, a jailed MDC MP, was eligible to contest the March 2005 election.  Bennet had been jailed for simply shoving Patrick Chinamasa. Today we have people being detained simply for “insulting the President,” and in his recent State of the Nation address, Emmerson Mnangagwa signaled to his judiciary who he wanted to be treated like terrorists by the courts: anyone who opposed his rule and exposed the corruption that he and his family are part of.

Let’s say it like it is: magistrates and judges who, knowing that a citizen was detained unlawfully, still deny him/her bail and effectively sentence them to Chikurubi without trial knowing what awaits them there are as psychopathic and sadistic as their political masters. The lives and well-being of Zimbabweans don’t matter to them.

‪They, and grinning and evil civil servants like Nick Mangwana who celebrate the violations of our rights must ultimately be held accountable in a truly free Zimbabwe.

Is There Not a Cause?

Kim Jong-un ‘in coma’, Sister said to have taken over – Diplomats

If Zimbabwean lives truly matter, we will stop pretending that we have an independent judiciary. ‬We did not under Robert Mugabe, and we don’t under Emmerson Mnangagwa. We will remind ourselves how in the place of brave men like Justices Dumbutshena an...
Share via
x
More Information
x