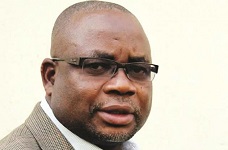 ZIMBABWE – School authorities countrywide could have embezzled millions of dollars from levies paid by parents, compromising infrastructural development at these institutions, an audit ordered by the Ministry of Primary and Secondary Education has revealed.

So far, about 1 800 schools (18 percent) have been audited, with auditors from the head office in Harare and those at provincial and district levels unearthing massive doctoring of accounts to conceal the shenanigans.

Deputy Minister of Primary and Secondary Education Professor Paul Mavhima confirmed yesterday that the findings of the audit exposed how authorities misappropriated funds.

He said about $1 billion was raised by schools through levies every year, of which if misappropriation was allowed to continue, it would result in schools failing to do infrastructure development at schools.

“We did a round of audits where we deployed our head office auditors and also our auditors from the provinces and districts,” said Prof Mavhima.

“I don’t want to paint a rosy picture, yes we have problems especially where SDC (School Development Committee) funds are concerned.

“The round of audits that we did unearthed a number of problems. The most common was abuse of SDC funds and the typical problem was in the receipting process where different amounts are written in the top copy and the carbon copy.

“Typically, the top copy because it’s going to the person who is paying the money, reflects the correct amount but the bottom copy reflects a smaller amount. The difference is then misappropriated. We need as a ministry and Government to make sure that we find ways to plug those holes.”

Prof Mavhima said in order for the Government to plug the holes, there was need to audit all schools since the audit indicated that misappropriation was rampant.

He said the anomalies were picked in both urban and rural schools.

Prof Mavhima said his ministry was in the process of consolidating audit reports from all the provinces to determine the gravity of misappropriation and come up with possible solutions to the problems.

“We have realised that there is need for us to continue with this exercise. It would be good if we could cover all the schools every year or at least 50 percent of the schools every year. When you have a situation where the probability of being audited is high, then there is likely to be compliance, people are more likely to be diligent particularly the headmasters and the SDCs, they will be more diligent knowing that we are being followed.

“But if they know that no one is watching and the probability of being audited is next to nothing, then they will do whatever they want. It’s important for us to gather and mobilise resources to ensure it’s an annual thing.

“By and large, SDC funds are the largest contributor to the development of school infrastructure. What Government largely contributes at the moment is payment of teachers.

“If we don’t pay particular attention to proper and appropriate management of SDC resources, then we will be doing ourselves a disservice because that is the biggest source for developing schools in terms of infrastructure development. Remember about $1 billion nationwide comes from SDC levies so there is need to manage it well,” said Prof Mavhima.

He said some school authorities accused of misappropriating funds had been arrested and subsequently convicted with some of them jailed for at least five years.

Prof Mavhima said the audit was meant to check if schools complied with regulations and to identify gaps existent in their operations.

The Ministry of Primary and Secondary Education ordered a schools audit early this year following reports of school fees embezzlement.

ZIMBABWE - School authorities countrywide could have embezzled millions of dollars from levies paid by parents, compromising infrastructural development at these institutions, an audit ordered by the Ministry of Primary and Secondary Education has revealed...
Share via
x
More Information