Lifting Sanctions Must Not Benefit “Those Who Steal” ED Acolytes Told To Their Faces – Still, They Did Not Hear: Patrick Guramatunhu 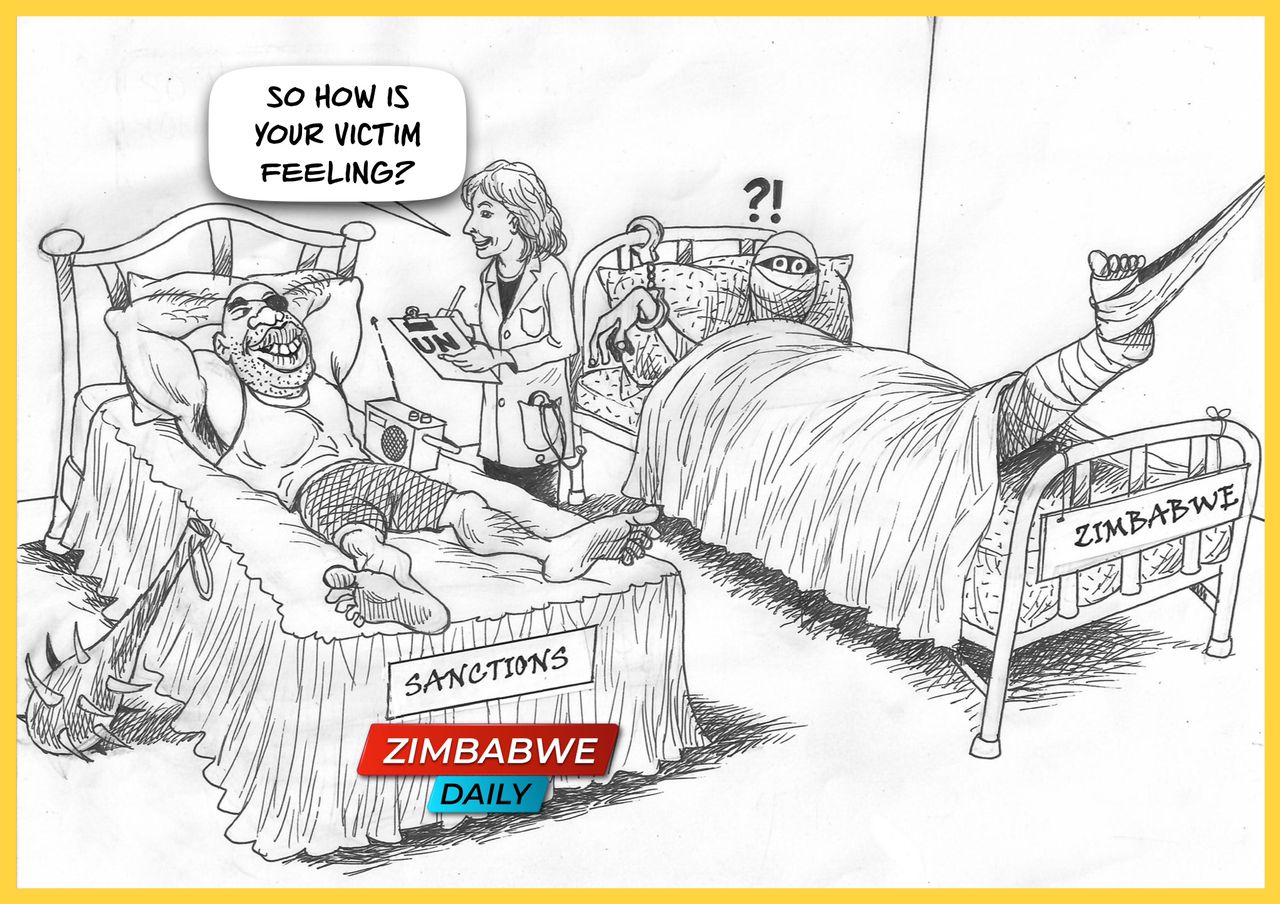 Zanu PF leaders and their acolytes know that sanctions are not the root cause of the country’s economic meltdown and yet they continue to promote this false narrative purely for propaganda purposes.

They are clearly leaving no stone unturned to their drive to keep sanctions on the Zimbabwe agenda at home and abroad.

“The present sanctions are crippling the poor,” Andrew Wutawunashe, told the Head of Church of England, Archbishop of Canterbury, Justin Welby.

“Even now, we had the UN [United Nations] rapporteur who came and confirmed the same, investigated everything and discovered that the sanctions are actually doing the same, destroying infrastructure that is supposed to be for the poor and common people and destroying employment.

“Now we are requesting your voices and we felt in particular that your voice, if you are able to make a request you would help us, you would help political powers that be to have a bit of conscience for the suffering of the poor.”

The church leaders had reportedly accompanied President Mnangagwa on his high power, 100 strong, COP26 Summit in Glasgow. The tyrant and his church leaders acolytes had more pressing matters than the green house gases on their minds – keeping sanctions on everyone lips talking about Zimbabwe!

Zimbabwe will reduce her emission of green houses by 40% by 2030 “if the restrictive sanctions are lifted”, President Mnangagwa announced to the world.

“Thank you very much. This is very, very important. I will obviously read this later today. I will discuss it with people here and see how we can advocate for the poorest while ensuring that those who steal from the country what is not theirs, be themselves not the beneficiaries (and) don’t benefit from the relief of the sanctions,” responded the Archbishop of Canterbury.

A little research by the Church of England staff would reveal that many of these church leaders masquerading as “men and women of the cloth deeply concerned about the plight of the poorest of the poor in Zimbabwe” are in fact among the principle beneficiaries of the wholesale looting in Zimbabwe – the principle cause of the country’s serious economic meltdown. And thus they are an integral part of Zimbabwe’s filthy rich and power ruling elite with an invested interest in resisting free, fair and credible elections – prologue of regime change – at all cost.

The UN rapporteur did indeed visit Zimbabwe to investigate the effects of sanctions and she dismissed sanctions as “advocacy tool” used draw attention away from the real causes. The church leaders, like Mnangagwa and the rest, are now cherry picking; they are taking the very fact that she visited as confirmed sanctions are the root cause of the economic meltdown and ignore what she said.

No doubt, the church leaders will take the Archbishop’s acceptance of their petition as public endorsement sanctions are the root cause of Zimbabwe’s economic meltdown. Bishop Nehimiah Mutendi and company heard the bit about “those who steal from the country what is not theirs” will not benefit from the lifting of sanctions but will completely ignore it.

The primary objective of Zanu PF and its acolytes is to keep sanctions on the Zimbabwe agenda. As long as people are talking about sanctions; they are not talking about corruption, mismanagement and rigged elections – the real issues Zimbabwean want to talk about.

After 41 years of tyrannical rule that has all but destroyed the Zimbabwe economy and left millions desperately poor, powerless and helpless. It is disappointing that the UN, the Church of England and many other institutions have allowed themselves to be conned into discussing such issues as sanctions and thus giving the Zanu PF false narrative mileage.

The sanctions are one of the few tools helping the voiceless ordinary Zimbabweans pressure the Zanu PF ruling elite to implement democratic reforms and thus end the corrupt and oppressive Zanu PF rule.

Sanctions are not the real cause of the economic meltdown; rampant corruption and gross mismanagement are; and therefore sanctions must stay

Lifting Sanctions Must Not Benefit “Those Who Steal” ED Acolytes Told To Their Faces – Still, They Did Not Hear: Patrick Guramatunhu

By Patrick Guramatunhu Zanu PF leaders and their acolytes know that sanctions are not the root cause of the country’s economic meltdown and yet they continue to promote this false narrative purely for propaganda purposes. They are clearly leaving no ston...
Share via
x
More Information