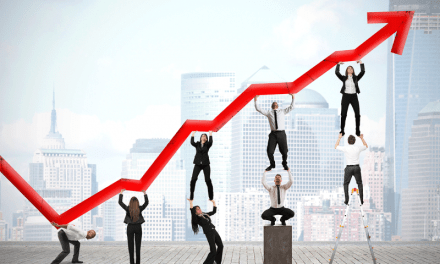 HARARE – Big manufacturers bounced back during the first quarter of 2021, with improving disposable incomes and an inflationary slowdown underpinning a faster recovery than previously projected.

Last week’s updates provided a window into how an end to hard lockdowns have reshaped Zimbabwe’s industries after suffering setbacks as volumes plummeted in the final quarters of 2020.

The data gave a reflection of the depth of positive sentiment within chief executive officers, who felt that Finance minister Mthuli Ncube and the central bank must press ahead with reforms towards tying down inflation and injecting liquidity into economy.

Many CEOs had until now projected a large drop followed by a painfully slow recovery in the aftermath of the COVID-19 pandemic, with industries not expected to swing back to 2019 output levels until late next year, or beyond.

The only problem with recoveries reported by Nampak, Dairibord, Cafca, Masimba, Padenga and others is that relief has not yet trickled down to the lower strata of the social ladder where life remains a struggle.

But firms said current conditions had set the tone for a protracted recovery.

“The three-month period from 1 January 2021 to 31 March 2021 was marked by an increase in volumes for the group despite the reintroduction of COVID-19 restrictions at the beginning of the year,” John Van Gend, managing director at Nampak said.

Volumes at Nampak’s Hunyani Corrugated Division were strong, rising 33% for its second quarter to March, with Mega Pak posting the biggest growth at 46% compared to the same period in 2020.

CarnaudMetalbox saw its sales volumes rise 10% above the prior year while metal volumes recovered by 22% with food cans and crowns leading the recovery, Gend noted.

On Friday, Dairibord Holdings amplified the view that oceans were clearing, with company secretary Samson Punzisani saying an inflationary slowdown and improved access to foreign currency gave the group impetus to recover.

Zimbabwe’s biggest dairy products processor said volumes rose by 18% as annual inflation declined to 194% in April, from 240% in March.

The inflation rate is projected to slip below 55% by the end of July.

That would be great news for a firm that has indicated serious intentions to capitalise on the African Continental Free Trade Area to expand its markets.

Retreating inflation is also set to be good news for Masimba Holdings, one of the country’s biggest construction firms, which said it had built a strong projects pipeline and a healthy order book in the past year.

In an update, the firm said most of its business was in roads, housing and mining.

“The group’s order book comprising of roads, housing and mining infrastructure has grown significantly since the beginning of the year and is poised to result in increased performance in the current year,” Masimba said.

In an interview with NewsDay Business last week, company secretary Pearl Mutiti said Masimba had confronted the volatile environment with strong in-built systems that helped it limit the COVID-19 impact.

“The company’s order book is strong and comprises of roads, mining, education and housing infrastructure,” Mutiti said in emailed responses to NewsDay Business.

Masimba was one of the five domestic firms that clinched deals to expand and resurface the multi-billion-dollar Harare-Beitbridge Highway, where it has already opened a 30,2-kilometre section of the trunk road to traffic near Masvingo.

Mutiti said a further 10-kilometre stretch of the highway would be completed by June.

The firm has been at the vortex of a huge reconstruction effort in Cyclone Idai-hit Manicaland province where billions of Zimbabwe dollars have been deployed to rebuild a region that was grounded two years ago as roads and other infrastructure sank after floodwater swept ashore, with authorities ordering mass evacuations.

She said 10km had been opened to traffic on the Odzi-Marange-Zvipiripiri road in the region, with a further 7,4km due for completion by June.

Masimba has also won contracts in mining, where firms such as Zimplats are building new mines.

Cafca, the country’s largest manufacturer of cables, said during the half year to March 31, 2021 it sold 1 175 tonnes of cables, which translated to 41% more than what it sold over the same period last year.

HARARE - Big manufacturers bounced back during the first quarter of 2021, with improving disposable incomes and an inflationary slowdown underpinning a faster recovery than previously projected. Last week’s updates provided a window into how an end to ha...
Share via
x
More Information