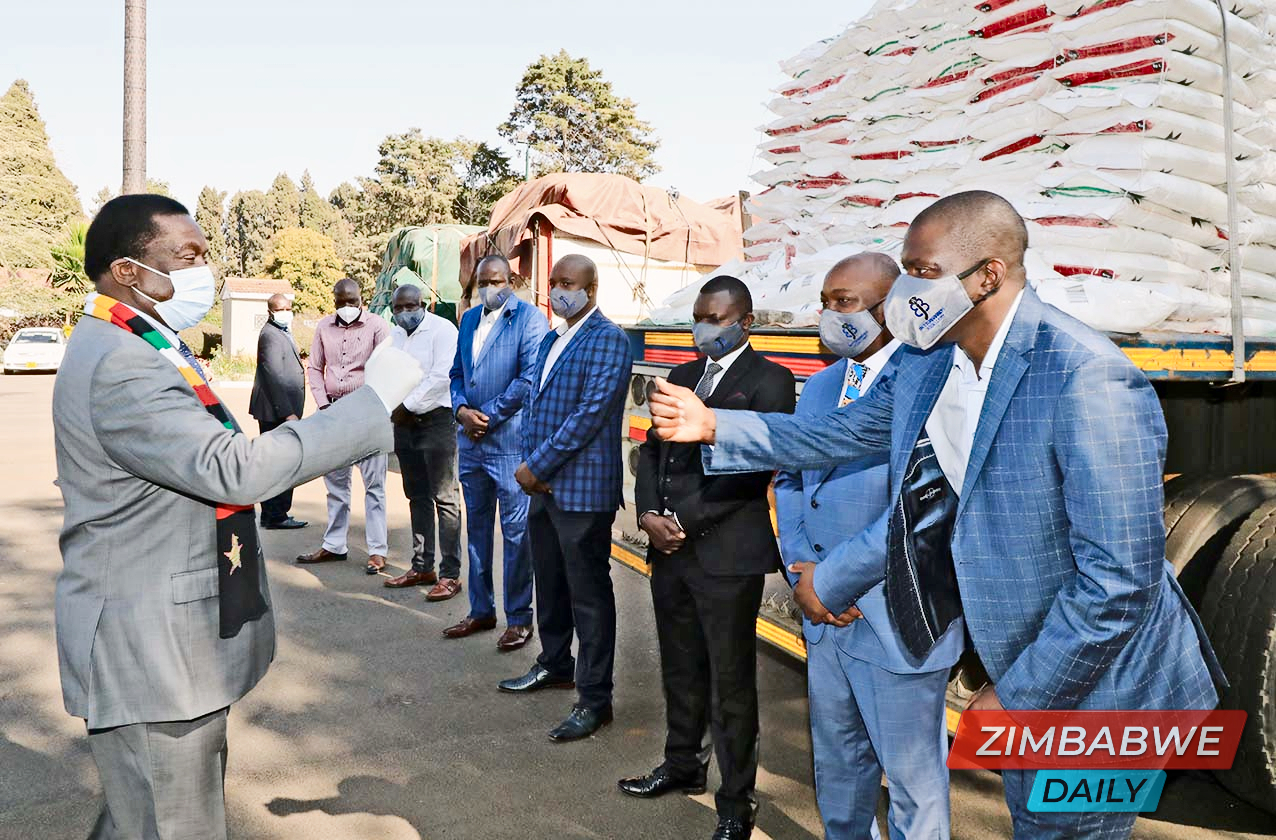 HARARE – A little known Zimbabwean company Better Brands Jewellery has donated a massive 100 tonnes of Maize to the President Emmerson Mnangagwa. The donation according to its CEO Mr Scott Sakupwanya is to be distributed to vulnerable groups affected by Covid-19 pandemic.

President Mnangagwa received the maize today in a light ceremony. Vice Presidents Constantino Chiwenga and Kembo Mohadi, Ministers and Senior Government officials were in attendance as the donation was being handed over to the President.

Donations like these tend to be suspicious as the company in question is linked to the notorious diamond industry in Zimbabwe and can only be interpreted as buying favours in exchange. Zimbabwe corruption levels have reached alarming levels and is ranked one of the most corrupt countries in Africa.

Tsvangirai loses confidence in his lieutenants

Mugabe Turns Against the Chinese