Luke-ing The Beast In The Eye: Mnangagwa splurges on expensive toys while nation burns 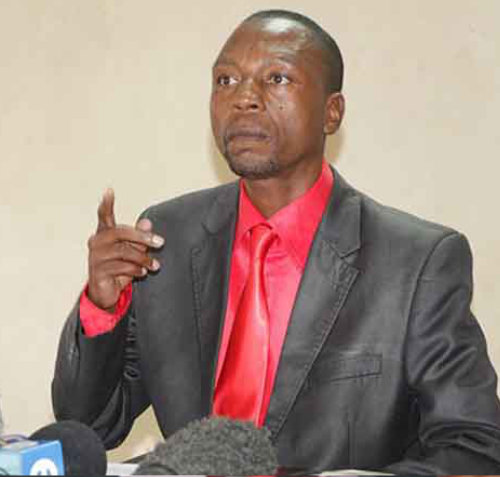 A parent’s aptitude is determined by their priorities. As teachers and other civil servants table legitimate grievances regarding their grossly inadequate salaries and parlous living circumstances, Emmerson Mnangagwa has chosen to prioritise a new toy in the form of a US$18 million helicopter exclusively for himself.

The priority is not only insensitive but grossly shocking. It shows that the man in charge has stridently crossed the madness datum line. Buying a plane while the basic social services of health and education have collapsed is skin to fiddling while Rome burns.

Indeed, a US$18 million personal aviation toy amid this crisis is the clearest evidence yet that our murderous leader may now be unhinged.

The health sector is groaning under a weighty crisis in which the national referral hospitals do not even have bandages and painkillers. Doctors and health services staff have been on strike for the past three years, with the clueless government deciding to solve the problem by doing absolutely nothing about it. Yet the dear leader has put a premium on an expensive chopper to enable him to soar above the national crisis—literally.

It is certainly not the so-called sanctions. It is this gross insensitivity and misplaced priorities that are at the epicentre of the stinking national rot.

Surely, how does a caring leader, even one who pretends to care, buy himself a US$18 million chopper in the middle of such a gargantuan national crisis?

Some two months ago, I was reading A Promised Land, Barack Obama’s memoirs published in 2020 in which the former US President said institutions and people can be judged on the basis of where and how they spend their time, their energy and their money (TEM) . I found that to be very insightful. Mnangagwa’s expensive air toy is an apt verdict of where this regime spends its money. That a whole President a few weeks ago busied himself with opening a very narrow bridge—an enterprise that could have been done by a councillor—just goes to show how our cheaply our dear leader spends his time. One of these good days, I may be tempted to reveal shocking details of how ED and his associates in the presidium have been spending their energy in the palatial bedrooms adjoining the Presidential offices at Munhumutapa building along Samora Machel Avenue, an inadequacy for which they only sacrificed Kembo Mohadi while they are all guilty.

Talk of time, energy and money as the calculus to determine and judge personalities and institutions, including governments.

Our dear leaders have been armorously expending their energy in government offices, far away from the zone of the key grievances affecting the country’s citizens.

Apart from the helicopter, Mnangagwa’s purchased toys include surrogate turncoat political leaders who he has used tried to use in his vain effort to decimate a people’s party called the MDC Alliance as well as tearing asunder a people’s Constitution, made and affirmed by the people themselves in a referendum.

We have a serious crisis afflicting and engulfing the nation. Yet our dear leader thinks a personal chopper is top priority.

The late iconic musician Simon Chimbetu may have been nicknamed “Chopper”. But it appears the name now has a new claimant. The message emanating from Emmerson “Chopper” Mnangagwa’s US$18 million air toy is very clear: The illegitimate President has finally chosen to fly over the crisis and not not to solve it.

Luke Tamborinyoka is the Deputy Secretary for Presidential Affairs in the MDC Alliance led by Advocate Nelson Chamisa . You can interact with him on his Facebook page or on the twitter handle @ luke_tambo .

Luke-ing The Beast In The Eye: Mnangagwa splurges on expensive toys while nation burns

Friday, _23 April 2021 …… as the dear leader buys US$18 million copter to fly over the national rot By Luke Tamborinyoka A parent's aptitude is determined by their priorities. As teachers and other civil servants table legitimate grievances regarding ...
Share via
x
More Information