Macheso back with a bang after 2-year break 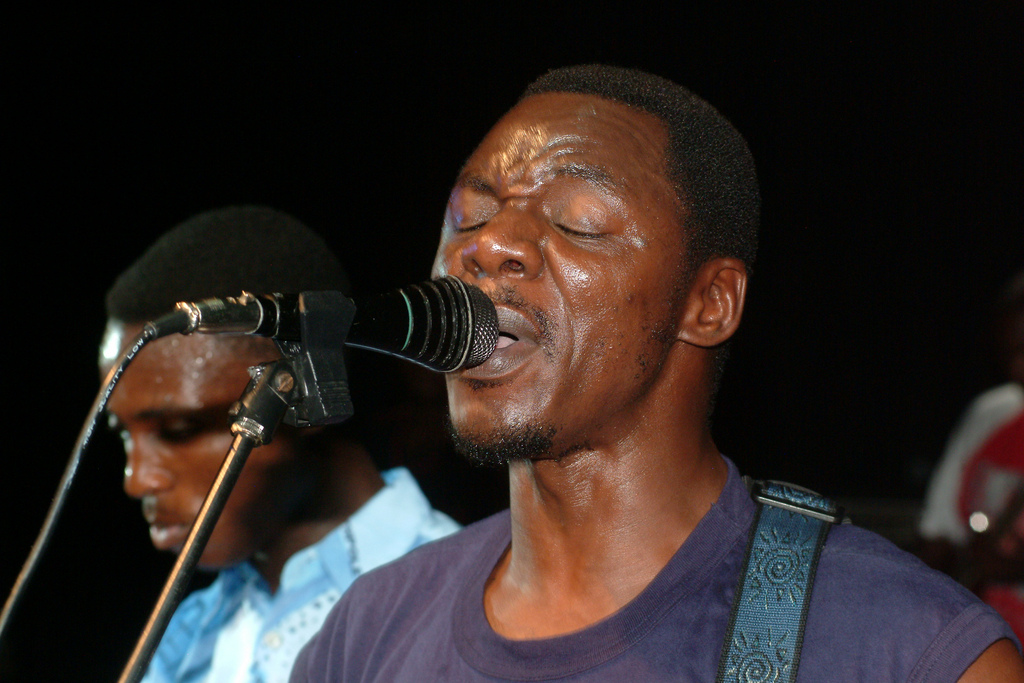 HARARE – Sungura music legend, Alick Macheso, at the weekend came back on stage after a break of almost two years due to the Covid-19-induced lockdown. Backed by Orchestra Mberikwazvo Band, Macheso, who is the Zimbabwe Red Cross Society Humanitarian Ambassador, thrilled his ardent fans at Tanza Centre in Chitungwiza on Sunday.

The family show headlined founding guitarist, Zakaria Zakaria, popularly known as Zaka Zaka, making an official comeback after close to a decade in the wilderness.

The celebrated guitarist, who is younger brother to Sungura godfather, Nicholas “Madzibaba” Zakaria, returned to the fold last year.

Macheso’s security details had a torrid time as the crooner’s legion of fans pushed and shoved, mobbing him when he emerged from the backstage.

Like an athlete, he jogged up and down the stage as if showcasing to his fans that he is still as fit as a fiddle.

Slowly walking on the stage, he picked up his traditional brown bass guitar, turned to his fans, and walked towards the microphone. He stood by it, looked at his fans, and threw them a wide smile.

His fans went into a frenzy.

“True, Covid-19 stopped us from staging shows for almost two years owing to the lockdown.

“Yes, at times we had live online shows, but without facing our fans, like what we have finally done for our employers, our fanatics today,” he said.

He thanked God for affording artistes a chance to hold live shows and paid tribute to Zimbabweans for heeding the call to get vaccinated.

“I urge all of you to follow guidelines on curbing the spread of the pandemic. Covid-19 is real, and it kills.”

Macheso also called on artistes to adhere to curfew rules, as they would end up being barred from performing live.

Macheso thanked the Government for its timely intervention in curtailing the spread of Covid-19, saying artistes should keep on taking the message to citizens.

“Lastly, I would like to thank all those who have been helping Orchestra Mberikwazvo all this while. I mean, our helpers from Zimbabwe and all over the world, who have been flocking in, which has made this show possible,” he said.

He said the band utilised the lockdown period to come up with a six-track album set to be released before the end of the year.

Tanza Centre manager, Richard Chibvongodze, was strictly manning the entrance to make sure that everyone passed through all Covid-19 protocols.

“Today, it’s a family show, a first by Ambassador Alick Macheso. So, we must make sure that mothers, children and everyone gets in to a safe environment by adhering to regulations on Covid-19,” said Chibvongodze.

Sanitisation, masking-up, temperature testing, and vehicle disinfection were done at the first entrance before admission into the gardens.

Social distancing was maintained through provision of many braai stands, counters and food outlets.

Naturally, fans were not crowding the front row, which is a tradition at Macheso’s shows. Many would be seen scattered in the gardens in groups, or families, dancing and singing along to every song.

Macheso selected songs from his entire discography. He, however, introduced a new song, which left the multitude of fans quiet and staring at the stage.

Macheso back with a bang after 2-year break

HARARE - Sungura music legend, Alick Macheso, at the weekend came back on stage after a break of almost two years due to the Covid-19-induced lockdown. Backed by Orchestra Mberikwazvo Band, Macheso, who is the Zimbabwe Red Cross Society Humanitarian Ambass...
Share via
x
More Information