A GWANDA prophet and member of an apostolic sect was allegedly kidnapped and killed during a national church conference in Mount Darwin, police confirmed yesterday. 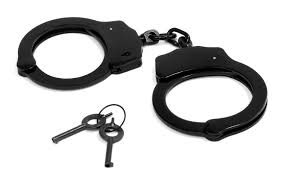 His family claims he was murdered by members of the sect for ritual purposes. The Officer Commanding Crime in Mashonaland Central, Assistant CommissionerMasekedze, said the incident happened on Sunday evening in Goora Village in Mt Darwin.

He identified the deceased as Jacob Zifungo and said they were holding six suspects in connection with the matter.  Asst Comm Masekedze told Chronicle: “We are holding six suspects that we arrested in connection with the suspected murder of Jacob Zifungo. However, you can get in touch with our provincial police spokesperson for the details. We also give updates on the progress of our investigations to the Zifungos”.

Zifungo, 57, was a leader of the Johane Masowe Vadzidzi VaJesu Church in Gwanda.
His relatives suspect the church leadership and some members of having a hand in Zifungo’s death. Dzingiso Zifungo, brother to the deceased, said the family was worried by the lack of zeal on the part of the police in bringing the suspects to book.

He said: “It appears it’s the church’s tradition that a senior member, especially a prophet, should be killed at the church’s national convention if the church happens not to be happy with his leadership. This is what happened to our relative, the now deceased Jacob Zifungo.

“To our understanding, he was made to stand up before the congregation at the church and was rebuked in front of fellow church members before he was escorted by some youths from the congregation. He was found dead hours later.”

He added: “The church elders are not even showing any remorse. This pains us as a family. The death of a human being might be normal to them but to us life remains sacred.
“We have tried to engage the church to find out what transpired. We went to the extent of dumping the body at the church leader, Chihuri’s homestead but the police later advised us to take the body back”.

Zifungo expressed disappointment at the manner the police were conducting investigations.
He said: “We are also not happy at the manner in which the police are handling the matter. Up to now, the church leaders are walking scot free yet this mysterious death occurred right under their noses.”

Zifungo said Jacob was laid to rest at their rural home in Masvingo. He said they were contemplating suing the church.  When Chronicle called a mobile number said to belong to the church leader, Aaron Chihuri, it was answered by a Zex Pamacheche.

Pamacheche said there were certain procedures which were supposed to be followed when a “stranger” intends to speak to Chihuri.

A GWANDA prophet and member of an apostolic sect was allegedly kidnapped and killed during a national church conference in Mount Darwin, police confirmed yesterday. His family claims he was murdered by members of the sect for ritual purposes. The Officer C...
Share via
x
More Information
x