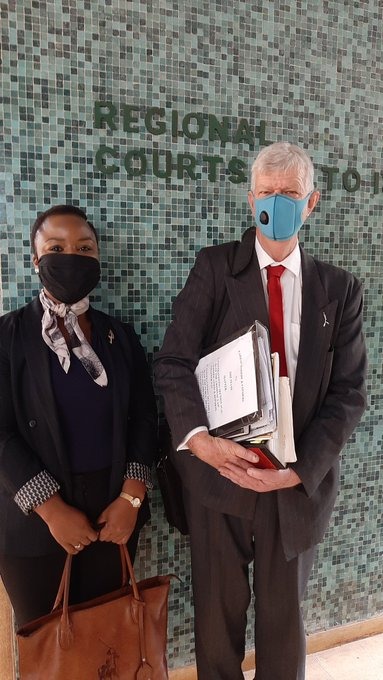 HARARE – MDC Alliance’s national spokesperson Fadzayi Mahere will spend three more nights in custody after magistrate Trynos Utahwashe deferred his ruling on her application challenging the State’s bid to place her on remand to Friday 15 January 2021.

Mahere was arrested yesterday and is facing charges of “communicating falsehoods,” after she commented on a video that was widely circulated on social media which purported that a police officer had killed a baby.

However, the ZRP came out later and dismissed the rumours claiming the baby was fine and had been attended by medical experts who confirmed that the baby did not have any life-threatening injuries.

Representing Mahere, David Drury argued that his client should not be placed on remand because the law used to arrest and charge her was invalidated by the Constitutional Court in 2014.

Drury also said he was interested in knowing the identity of the baby’s mother who was involved in the incident with the police.

Mahere also made several complaints with regard to conditions at Harare Central Police Station where she is detained.

She says the blankets are infested with lice, no sanitary ware provisions for women detained and that there is no adherence to Covid-19 regulations as people detained are not provided with face masks, sanitisers and there is no social distancing.

Subsequently, magistrate Utahwashe ordered the State to make investigations on issues raised by Mahere’s legal team and present the Court with a report by Friday.