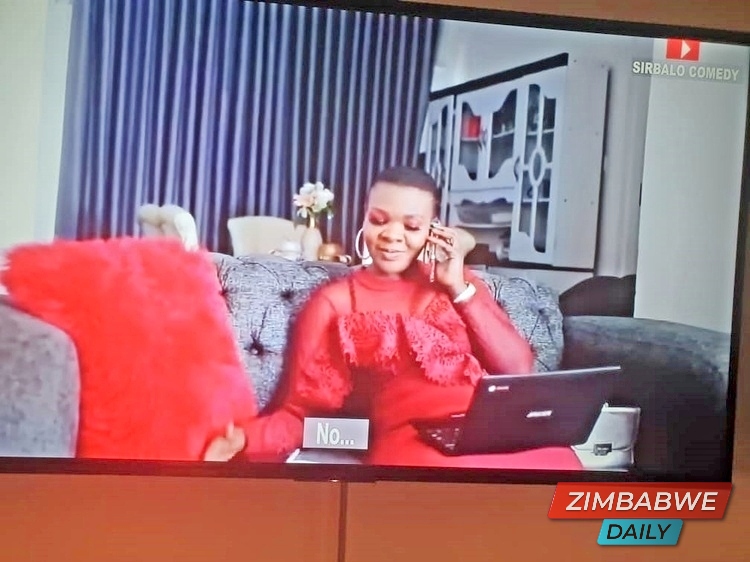 HARARE – COMEDIENNE Felistas “Mai TT” Murata’s career in acting continues to burn a trail of success after she landed a leading role in a new Nigerian comedy series.

Dubbed “Sirbalo Comedy”, the new series is a collaboration between Mai TT and her counterparts in West Africa as she navigates her way in the Nollywood jungle.

After being given a thumbs up by Nigerian producers, Mai TT said she was humbled by the recognition she got from other countries.

This is her first time to collaborate with regional powerhouses in film, and Mai TT said she is still humbled by the endorsement she got for her skits.
Asked how she landed her role in the comedy series, Mai TT said:

“They (Nigerian producers) have been watching me from my social media handles especially when I did my Covid-19 skits, which attracted most Nigerians who shared on their social media platforms and they wanted to know more about me.

“From there onwards, we have been working together for the past month or so and I am really enjoying the experience.” Although she is yet to travel to Nigeria due to the Covid-19 travel restrictions, Mai TT said they have managed to utilise technology to record and edit the series.

“They shoot from their angle and I shoot from my angle and then they do the editing. “This experience really means a lot to me as an actress and comedienne since it has opened new doors for me,” said Mai TT, the first Zimbabwean comedienne to make great strides in Nollywood.

She urged fellow comedians to work hard and think outside the box in order to be recognised in other countries. In her case, she said the experience has now inspired her to work hard after her recent endorsement deals.

“It’s an amazing feeling  to know that I’m also recognised in other countries.
“It really means a lot,” she added. The comedy series has since been uploaded on her social media handles where she stars as Mai TT, the number one comedienne from Zimbabwe.

In the first instalment, Mai TT showed her versatility as an actress and her composure behind the cameras and lights is simply a marvel to watch for most of her followers.

Besides acting in her skits, Mai TT is also a wedding emcee, singer and events manager. During the Covid-19 lockdown, she has been busy engaging fans through her work. She recently won hearts of many when she featured on Nash TV  singing her own compositions. As part of her social responsibility programmes, she has been busy donating bulk water to residents. She has also been donating food hampers to the less privileged members of the society, which has earned her more followers. H-METRO

HARARE - COMEDIENNE Felistas “Mai TT” Murata’s career in acting continues to burn a trail of success after she landed a leading role in a new Nigerian comedy series. Dubbed “Sirbalo Comedy”, the new series is a collaboration between Mai TT and he...
Share via
x
More Information
x