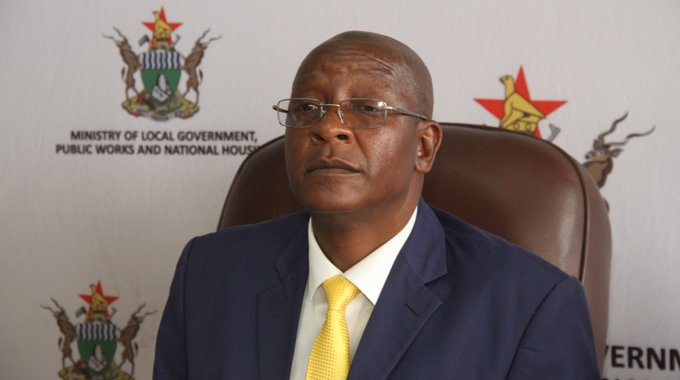 HARARE – Justice minister Ziyambi Ziyambi yesterday sensationally claimed that the European Union (EU) and the United States were pouring millions of dollars to destabilise the country by sponsoring non-governmental organisations to interfere with government activities.

The minister torched a storm for threatening High Court judges, Justices Happias Zhou, Edith Mushore and Helena Charehwa for their landmark ruling on Saturday that former Chief Justice Luke Malaba, who turned 70 at the weekend, had ceased to hold the top judicial post.

The judges held that all incumbent judges of the senior courts could not benefit from an amendment to the Constitution extending their term limits post-retirement age. Such constitutional amendments had to be put to a public referendum, which was not done, the judges said in a ruling hailed as victory for constitutionalism.

But Ziyambi yesterday told NewsDay that he stood by his attacks on the judiciary claiming that he will “expose” the EU and the US “when the right time comes”.

“I will expose the human rights lawyers when the right time comes. They have their human rights defenders whom they pay with money that they are given by USAid and the European Union. The time will come and I will name and shame them, I have the proof,” Ziyambi said.

“I believe in what I said and I will not change. When the time comes, I will expose the human rights lawyers.”

The EU head of delegation to Zimbabwe, Timo Olkkonen was yet to respond to Ziyambi’s claims last night.

But Ziyambi said:  “What was difficult if people say recuse yourself (Justice Zhou) and if he had no interest in the matter? There are many judges before the High Court and calls were made for him to recuse himself. Was that difficult? Why did he insist if he is clean? Is he the only judge to deal with issues in Harare? Was it not honourable to say ‘while I don’t see any merit in what you are saying, I stand aside’?”

The Zimbabwe Lawyers for Human Rights (ZLHR) described Ziyambi’s criticism of judges as “intemperate and not befitting of an honourable minister of government”.

They rubbished claims by the Justice minister that human rights activists were using money given to them by the EU and US to capture various State institutions.

“There is not an iota of truth in these reckless and defamatory allegations. The Minister of Justice, Legal and Parliamentary Affairs knows this only too well,” ZLHR said in a statement.

In a statement, ZimRights said Ziyambi’s utterances were an attack on the judiciary and a threat to the personal security of the judges.

“On paragraph 14 of his statement which is in contempt of court, Justice minister Ziyambi says: ‘We are now going to poke the enemy in the eye and confront it’. These are Gukurahundi-like threats, that Mnangagwa likes to make, coming from his Justice minister, of all ministers,” Moyo tweeted.

“The unrestrained fury with which ED’s Justice minister has reacted to the judgment of the High Court on Malaba’s term of office not only constitutes contempt of court, but also evidences panic and confusion in the face of a rare setback to its authoritarian consolidation agenda,” he said.

Lawyer Tinomudaishe Chinyoka tweeted: “We can agree/disagree in politics, but I draw the line on attacking judges. The attacks on Zhou and the JP (Judge President) amount to contempt of court, and must be prosecuted. They also signal to whoever will hear the appeal that only one outcome will be tolerated.  Deplorable and disappointing.”

He said Ziyambi wanted to create a climate of fear and intimidation in the country.

Opposition MDC-T leader Douglas Mwonzora on Saturday said: “All the judges of the Supreme Court were sued. All the judges of the Constitutional Court were sued. As things stand, there is no one to hear the appeal and so it represents a pyrrhic victory. This is my opinion as a lawyer.  When it comes to that clause, I took an active part in its crafting as the chairperson of Copac (Constitution Select Committee) and when we introduced that clause, we were aiming at (the late former President Robert) Mugabe.”

The fatal error does not belong to Tsvangirai alone

HARARE - Justice minister Ziyambi Ziyambi yesterday sensationally claimed that the European Union (EU) and the United States were pouring millions of dollars to destabilise the country by sponsoring non-governmental organisations to interfere with governme...
Share via
x
More Information
x