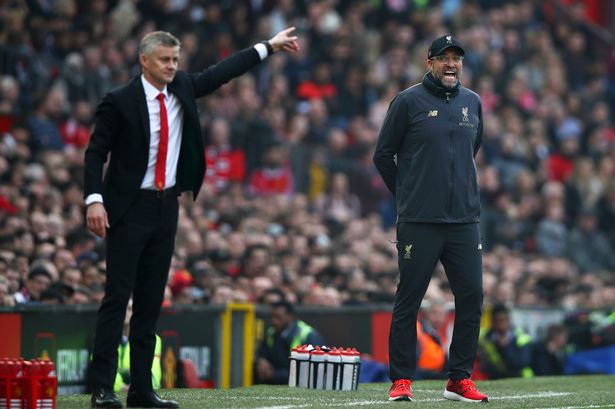 ENGLAND – Manchester United were outplayed and outcoached in their 4-2 defeat to Leicester City at the King Power Stadium on Saturday. Disjointed performances punctuated by moments of individual magic have become a theme. What is the plan now?

Ole is at the wheel. Viva Ronaldo. World champions twice. The Manchester United away fans remain as vocal as any in the land and they have had a good run of it too. But that fine record of 29 games without defeat came to a halt against Leicester.

There was still applause for Ole Gunnar Solskjaer as he went over to acknowledge their support following United’s 4-2 defeat at the King Power Stadium. But how long can performances such as this one be tolerated as expectations rise?

Almost three years into the job, the early signs this season suggest that Manchester United are still not good enough to compete for the title. Eight games in and they are adrift of the three favourites – three teams all coached by Champions League winning managers.

There can be no talk of misfortune. The performances have been poor. Everton could have won at Old Trafford, the win at Wolves was scarcely deserved, and the late victory over West Ham required a late goal and a penalty save from David de Gea.

Mason Greenwood scored a stunner, a goal from nothing. Marcus Rashford responded to his manager’s call for him to prioritise his football by coming off the bench on his return to the team and finding a swift equaliser. They were behind again within seconds.

“When you are playing against Manchester United, they have a team full of incredible players,” said Leicester manager Brendan Rodgers afterwards. Somehow, it is still not close to being enough.

The synergy is not there. They remain less than the sum of their parts. Through sheer quality, a top-four finish remains likely, but if United want to win the title, if they are to take the next step, it will not be enough to put the players on the pitch and hope it clicks.

It is almost a quarter of a century since a team won the Premier League without averaging two points per game – Solskjaer will remember that as it was United during his first season at the club as a player. Under his management, it still looks beyond them.

“When they play a team with an organisation and a methodology, they are going to get pulled apart and that is what is happening,” Gary Neville told Sky Sports on Saturday.

Leicester have had problems of their own of late, the victory over United ending a run of four games without a win. But it was not a result that just happened. It was the consequence of a conspicuous plan devised by the coach and executed by the players.

Rodgers talked of returning to their identity, their blueprint. “We did some work on being tactically better in the game, but most of it was about the emotional side of it, not being passive. We had been way too passive in some of our games this season.

“That intent then spreads to your football. We spoke about that. We are at our best when we are pressing teams, being a horrible team to play against. That turns the temperature up in the game for us. That means we have the ball higher up the pitch.

“So, fixing it [was about] filling the gaps at the back, getting the speed on the sides, getting the footballers in the middle of the field and getting us pressing again, synchronised as a team. That was what we spoke about and worked on.”

That coordinated structure with and without the ball is lacking at United and it is not a problem that is easily solvable. Ronaldo, for example, is a weapon to be wielded rather than moulded at this stage of his career. He does not press. He needs others to run for him.

How can Solskjaer find that balance when the same might be said of Fernandes and Pogba, players who are better with the ball than without it. The latter’s continued presence in a deeper role in midfield is making United far too easy to play against.

At Leicester, Pogba was alongside the ageing Nemanja Matic. “Their central midfield players were not pressing,” said Rodgers, “so we could be patient and move the ball through the pitch into some really good areas where we could put pressure on their back line.”

Rodgers might have surprised his opponents by opting for a back three for the first time this season but just as significant was the presence of Kelechi Iheanacho and James Maddison, the pair starting alongside Jamie Vardy for the first time since May.

The result was that Victor Lindelof and Harry Maguire dropped deeper in fear of the pace up front. They had little choice given the lack of pressure on the ball in attack but that merely opened up the space for Maddison to exploit. He revelled in the role.

It might bring a more stable structure but it would also highlight the imbalance in quality in this team. It would mean consigning a £73m buy to join Rashford, Anthony Martial and Edinson Cavani on the bench while fielding a midfield of McTominay and Matic.

He ran through the list in his press conference after the game. “You have Bruno Fernandes and Cristiano Ronaldo. You have Mason, what a strike and what a young player he is.

“You have Jadon Sancho and Marcus to come into the game. There is huge, huge talent. As a team, you have got to be so synchronised in your press to stop the ball getting to them.”

ENGLAND - Manchester United were outplayed and outcoached in their 4-2 defeat to Leicester City at the King Power Stadium on Saturday. Disjointed performances punctuated by moments of individual magic have become a theme. What is the plan now? Ole is at th...
Share via
x
More Information