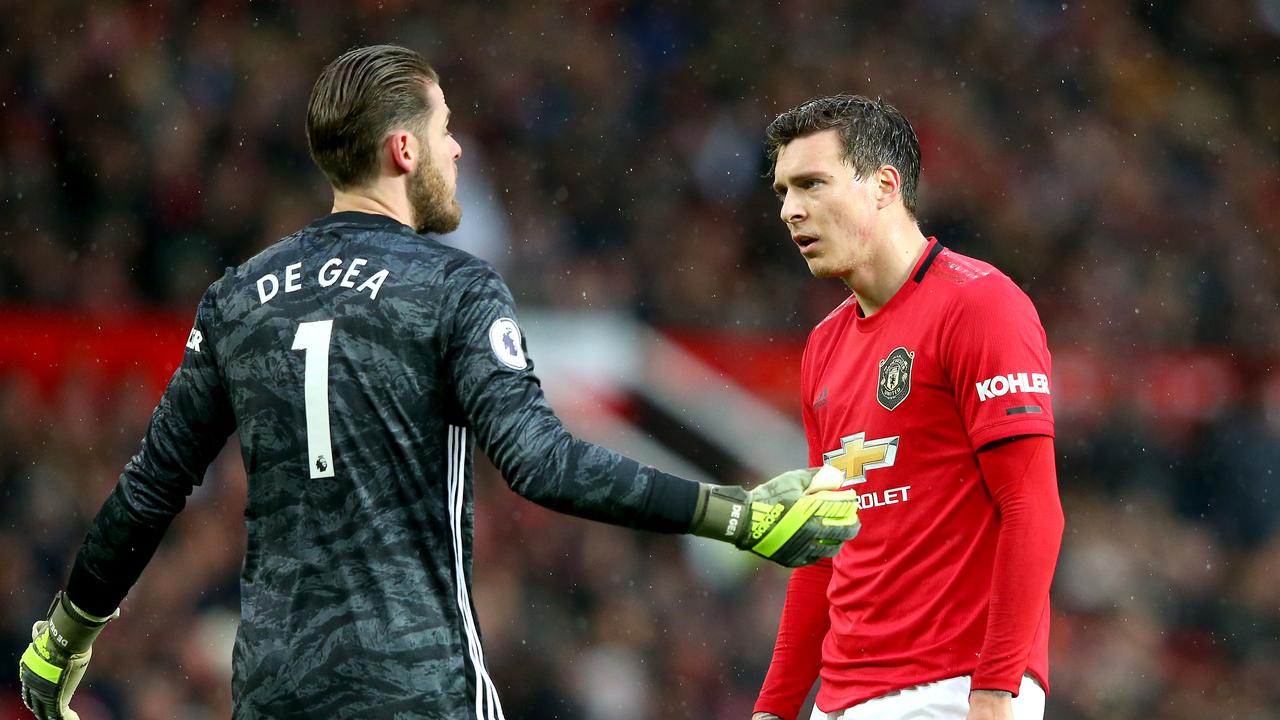 ENGLAND – Manchester City outclassed Manchester United to maintain control of the Premier League title race with an outstanding display at Etihad Stadium. City remain six points clear of Liverpool having played one game more after a victory that was arguably even more convincing than the scoreline suggests.

Ralf Rangnick’s side were without injured Cristiano Ronaldo and Edinson Cavani, as well as Raphael Varane and Luke Shaw, who have Covid-19, and found themselves overwhelmed by the quality and intensity of the reigning champions.

Kevin de Bruyne was at the heart of it all. He put City ahead with a crisp early finish then restored their lead before half-time after Jadon Sancho put United level with precise low strike, the Belgian’s second hammered home in a goalmouth scramble.

City turned up the tempo after the break and got the goal their vast superiority deserved after 68 minutes when Riyad Mahrez met De Bruyne’s corner on the half-volley to beat United keeper David de Gea. The goal came via a deflection off United captain Harry Maguire, who endured a nightmare afternoon.

It got even better for City in the closing moments when Mahrez raced clear to beat De Gea, the goal being given after a lengthy VAR check for offside.

From the first whistle, City imposed themselves on Manchester United and Sancho’s fine equaliser proved to be only a minor inconvenience as the gap between Guardiola’s team and their arch-rivals was brutally exposed.

De Bruyne was the mastermind, scoring twice and creating City’s third, the shining star in a galaxy on display at Etihad Stadium as they showed they are in no mood to relinquish their crown, no matter how hard Liverpool push them.

City’s first-half performance was excellent but after the break they were simply magnificent as they over-ran United, who were not given a second on the ball and were unable to resist wave after wave of attacks.

Mahrez could have scored more than his two goals but for De Gea, while Joao Cancelo was also thwarted by the United keeper following an acrobatic volley.

City’s dominance of possession and ability to carve open an admittedly vulnerable United defence at will delighted their supporters, who revelled in a show of superiority that left United a beaten and bedraggled side long before the end.

This was a miserable and chastening 90 minutes for Manchester United and few of their players suffered more than captain Maguire.

Maguire was out of position for City’s first, inexplicably let the ball go in a goalmouth scramble for De Bruyne’s second and, unfortunately, deflected Mahrez’s effort past De Gea for the third.

He was also booked for a crude, desperate tackle on De Bruyne and looked a like a player whose confidence was non-existent.

Rangnick was not helped by the injuries and illnesses that robbed him of key players but there was no excuse for the wastefulness in possession and the lack of defensive organisation, encapsulated by an amateurish S-shaped defensive “line” that saw Mahrez’s final goal given after that VAR check.

The loss puts United in a desperate position in the battle for crucial fourth place and a spot in next season’s Champions League after Arsenal’s win at Watford strengthened their hold on that position. The Gunners are now fourth, a point ahead of United with three games in hand.

United, of course, are still in the Champions League but the notion that they have a chance of winning Europe’s elite competition is the stuff of fantasy based on this grim evidence.

It was painful to watch United chasing shadows and outmanoeuvred at every turn by a City team they would like to regard as rivals.

United seem to be a club in limbo, with an interim manager in Rangnick and a squad of players who are not good enough and seem disaffected with life at the club.

Bruno Fernandes, such an inspiration when he first arrived, now spends more time arguing with officials and attempting to buy cheap fouls than acting as a creative force while the momentum and joy sparked by the return of Ronaldo has long since gone.

This was a dismal afternoon for United and they face an uphill fight to salvage their season.

ENGLAND - Manchester City outclassed Manchester United to maintain control of the Premier League title race with an outstanding display at Etihad Stadium. City remain six points clear of Liverpool having played one game more after a victory that was arguab...
Share via
x
More Information