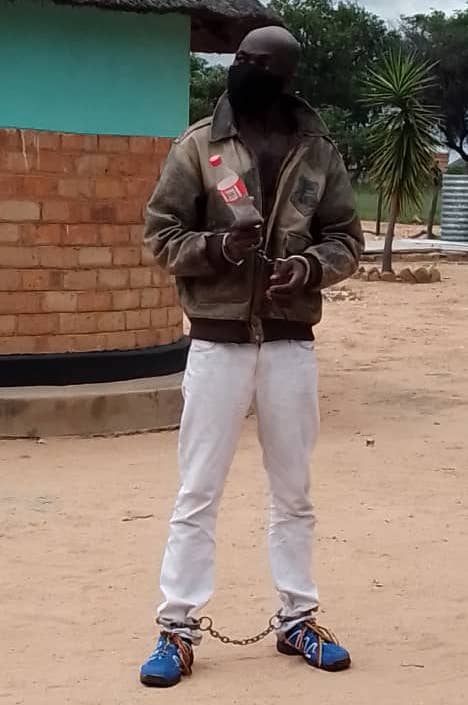 The Prosecution team led by Willbrought Muleya said Nleya murdered his parents on 1 September 2020, accusing them of bewitching him.

“The accused is the last son of the deceased couple and he believed that the two were bewitching him since childhood. The accused confronted the two deceased and other family members on several occasions seeking audience without success,” said Muleya.

“On 1 September the accused person entered the country and registered an Econet line using his national identity card particulars while in Bulawayo. The accused person later proceeded to the deceased’s homestead during the night armed with a machete, kitchen knife and some home-made petrol bombs,” Muleya added.

After killing them, Nleya allegedly set the house on fire and the deceased’s bodies were burnt beyond recognition.

Part of the weapons which include a kitchen knife wrapped in a parcel wrapper, a machete and one home-made petrol bomb were recovered at his rented accommodation in Emakhandeni, Bulawayo where he used to stay whenever he was back from South Africa.

On Tuesday, Nleya was taken to the homestead for indications, with reports saying he told detectives that his parents deserved to die because they were bewitching him.

Nleya was arrested on Sunday following a tip-off by members of the public.