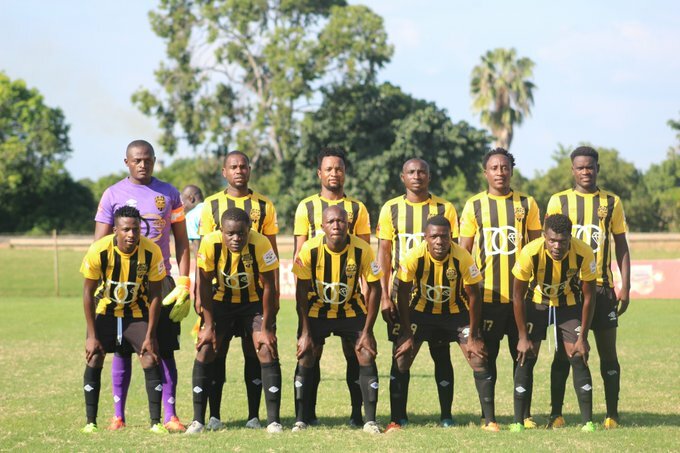 If last week’s defeat to new boys Cranborne Bullets rattled Manica Diamonds, their slump yesterday against another newly-promoted side Tenax yesterday must have left the miners in a mini crisis.

Manica Diamonds went into their Group 3 Chibuku Super Cup tie against Tenax as favourites and seeking their first set of points, but despite their wealth of experience, they were outplayed and in the end lost the match to leave them anchoring the four-team table.

They will probably need to win their remaining four matches if they are to stand a chance of qualifying to the quarter finals.

They face Black Rhinos at the weekend. Timire Mamvura missed a penalty, four minutes before the end for the minters after a first half brace by Farai Mugumwa had thrust the prison wardens ahead. Mugumwa first scored after 11 minutes before Talent Chamboko equalised for Manica.

He restored Tenax’s lead just before the half time and despite all the efforts by Manica Diamonds, Tenax held on.

Manica Diamonds fielded veterans among them Lawrence Masibera, Carlton Munzabwa, Temba Ndlovu, Timire Mamvura and Tawanda Nyamandwe, but Tenax’s topflight novices matched them. The penalty aside, the Diamond miners had good chances to get the important equaliser. Mudehwe lofted the ball over the bar from three metres off the goal line. It was a glorious opportunity for them to get back into the game. Manica Diamonds coach Johannes Nhumwa struggled for answers to his team’s struggles.

“We are happy, but we still have some way to go. We still want to work on some areas. We planned well. We played against Rhinos (last week), people may think we lost 4-1 because we were poor, but we played well and made silly mistakes. I am happy that (today) Farai Mugumwa led from the front, he played in the Premier League before at Flame Lilly,” said Tenax coach Shadreck Mugurasave.

Tenax are in dream land after the win and will fancy their chances in their next match against Bullets at the same venue at the weekend.