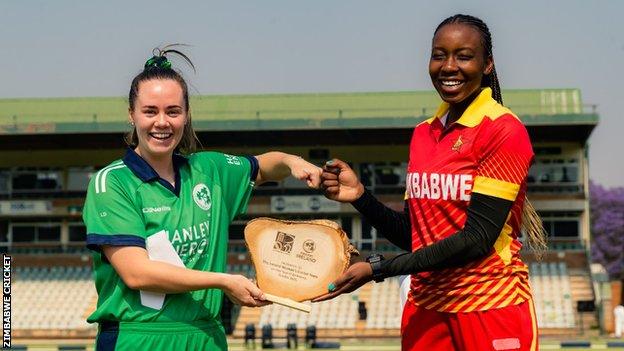 The annual event, which is organised by the global gender equality initiative, FairBreak in conjunction with Cricket Hong Kong is meant to provide more opportunities and remuneration to women cricketers.

Musonda was among the three players announced by the organisation along with Pakistan’s rising star Fatim Sana and Singaporean captain Diviya GK, who is will be making another appearance as a Fairbreaker, having been a part of our programs in England, New Zealand and Australia.

“FairBreak is thrilled to announce that Mary-Anne Musonda, Diviya GK and Fatima Sana will be joining the FairBreak Invitational in May 2022.,” the organisation said in a statement on Wednesday.

“Mary-Anne is the current captain of the Zimbabwe women national cricket team, a rising star that the world will take notice of in the FairBreak Invitational. We are beyond excited to have Mary-Anne on board with FairBreak.”

The FairBreak Invitational 2022 is a six-team ICC sanctioned competition made up of players from all around the world and will be the world’s first privately funded tournament in women’s cricket history with the leading healthcare group Gencor as the lead sponsor.

Other leading cricket figures who have a relationship with the British company include Indian superstar Virat Kholi, Chris Gayle, Jason Holder, Liam Livingstone, and Rashid Khan.

The sponsorship was facilitated by Barbados-born Winston Weeks, a naturalised Briton who has strong links to this country.