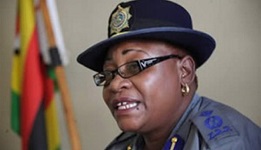 ZIMBABWE – The Zimbabwe Republic Police has carried out massive transfers and redeployments of senior officers at Police General Headquarters in what the force described as part of improving “effectiveness” in law enforcement.

She said there was nothing untoward about the redeployment of senior staff.

Snr Asst Comm Charamba said contrary to assertions that the Legal Services Department had been hardest hit by the transfers, it had in fact been strengthened and the “movements are mostly internal”.

“The new director of the Legal Services Department, Senior Assistant Commissioner Eve Mlilo holds a Masters Degree in Law and she brings in a new dimension. The transfers are also meant to strengthen the Bulawayo Legal Department where we have lost numerous legal cases, some of them due to default judgments, hence the transfer of an experienced Assistant Commissioner Chivhayo,” added Snr Asst Comm Charamba.

“As for the Support Unit, Senior Assistant Commissioner Guvamombe recently acquired a Doctorate Degree in Administration, hence the posting is in line with her new qualification. These transfers are based on our promotion and transfer policy and there is really no need to disclose the specific details on why we effect transfers.”

The list of trasnfers in a document from the deputy commissioner general, human resources’ office and sent to all police stations states: “The following transfers have been approved and should be implemented immediately – Senior Assistant Commissioner Guvamombe A, from Police General Headquarters (PGHQ) Crime to Support Unit as Officer Commanding. Senior Assistant Commissioner T.B Mhiripiri from PGHQ Legal Services to PGHQ Crime as Chief Staff Officer.”

ZIMBABWE - The Zimbabwe Republic Police has carried out massive transfers and redeployments of senior officers at Police General Headquarters in what the force described as part of improving “effectiveness” in law enforcement. National police spokesper...
Share via
x
More Information
x