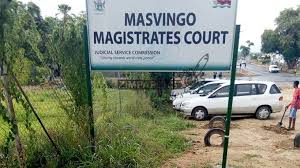 MASVINGO – Magistrate Patience Madondo today granted bail to opposition youth secretary-general for Masvingo, Gilbert Mutubuki who was arrested on Monday for allegedly participating in a gathering with intent to promote public violence.

Mutubuki, a ward 18 councillor in Chiredzi was arrested while people during a meeting in Chivi.

Magistrate Madondo released the opposition youth leader on a ZW$5000 bail and ordered him to report at Triangle Police Station once every week as part of the bail conditions.

The MDC Alliance earlier said he (Mutubuki) was being persecuted for his mass mobilisation work.

“Today, @CouncilorMutub1 will appear at Masvingo magistrate court at 08:00hrs over flimsy public violence charges that are designed to persecute him for the mass mobilization work & service delivery agenda he is driving in Chiredzi,” MDC Alliance tweeted earlier.

He is being represented by Martin Muneri from the Zimbabwe Lawyers for Human Rights (ZLHR).