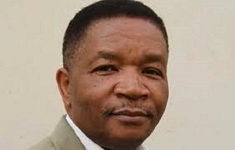 ZIMBABWE – Two Zanu-PF provincial chairpersons from Mashonaland East and Midlands, Cdes Joel Biggie Matiza and Kizito Chivamba, have dismissed their purported suspension by the party’s national commissar as null and void and vowed to stay put.

Cde Saviour Kasukuwere announced the suspension of the two at a provincial coordinating committee meeting held by Matabeleland North province in Lupane on Saturday.

They were suspended along with their Masvingo counterpart Cde Ezra Chadzamira for alleged disobedience and inciting violence.

In a statement yesterday, Cde Matiza said the suspension was an insult to efforts being undertaken by the province to mobilise party supporters into a single entity ahead of 2018 elections.

“I believe the suspension goes against the basic tenets of our revolutionary party which specially states that an elected member of any organ of the party can only be relieved of his elected position by a suitable quorum of the executive in a particular province or district,” he said.

Cde Matiza said it was shocking that the suspension came at a time the party had amended its constitution to entrench one centre of power and ensure that there was unity of purpose.

He said it was unprecedented for the national commissar to unilaterally suspend a provincial chairman without the matter being deliberated upon by the party’s National Disciplinary Committee headed by Vice President Phelekezela Mphoko.

“I want to state that I am a loyal Zanu-PF cadre who is guided by the party constitution and respect all senior leaders including President Mugabe who is the sole centre of power,” said Cde Matiza.

He said he was still the bona fide Zanu-PF chairman for Mashonaland East.

Cde Matiza denied allegations that he blocked people in the province from attending the Zanu-PF’s Women’s League solidarity rally held last week as his whole executive, including himself, was present.

In Midlands, Cde Chivamba said he was still in charge of the province until the provincial executive removed him.

“These allegations to me are null and void,” he said.

“This is a way of trying to alienate me from the First Family of which they will never succeed. It is known by the whole country including the national political commissar himself.

“I will remain in that position until the Midlands executive removes me. However, the provincial executive has not been officially notified of this development by the National Disciplinary Committee.”

He said the province only got wind of the purported suspension via newspaper reports.

He said if there were any skirmishes or harassment it should have been reported to the police and that the absence of such indicated that there was a systematic plan from certain elements in the party to malign the provincial executive.