Some parts of Harare have been hit by typhoid. In an interview with The Herald, the city’s acting corporate communications manager Mr Michael Chideme said the move would help stop the spread of typhoid.

“There are no toilets, there is no water, so the people situated there should be relocated to another area,” he said.

“We actually have that Mbudzi Shopping Mall, so if people want to sell, they should make use of the mall because there are over a thousand stalls which are vacant.”

“Hopley, Glen Norah C and Budiriro have been the most affected areas, in which these cases have been confirmed,” he said.

“However, we have come up with a plan which is two pronged. Firstly, we are working on providing water and sanitation, particularly in the affected areas, and we are also looking into repairing the damaged sewer pipes in those areas. 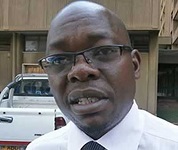 ZIMBABWE - Harare City Council has ordered vendors operating at Mbudzi roundabout to relocate to the newly-established Mbudzi People’s Market and help contain typhoid. Some parts of Harare have been hit by typhoid. In an interview with The Herald, the ci...
Share via
x
More Information
x