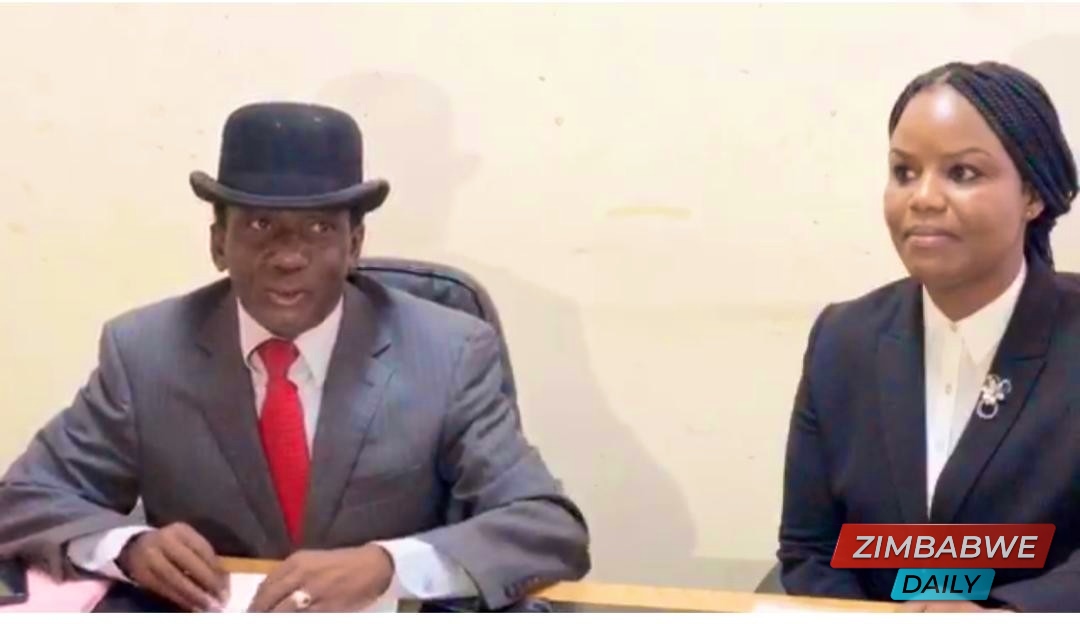 Jameson Timba addressing the media on the findings of the internal investigation into Masocha's allegedly involvement into the abduction of Tawanda Muchehiwa. Seated beside is MDC-Alliance's Spokeswoman, Fadzayi Mahere

HARARE –  The country’s main opposition party, MDC-Alliance has cleared it’s Bulawayo Province Chairlady, Tendai Masotsha of allegations that she was involved in the abduction and torture of Tawanda Muchehiwa – who was abducted on 30 July 2020, the eve of the 31 July Anti-Corruption protests that were eventually thwarted through the arrest of key organisers and supporters.

She is being accused of leading the abductors to Muchehiwa.

Muchehiwa was only released after a court order was sought.

This was revealed during a press conference on Monday to present the findings of the internal investigations made by the party.

The media was briefed on the findings by Jameson Timba who was part of the Ad Hoc Committee set up internally to investigate the allegations made against Masotsha by some sections of the media. The Ad Hoc committee was made up of three members, Jameson Timba, Concilia Chinanzvavana and Advocate Kucaca Phulu.

“After considering the evidence before it, the Committee concludes that there is no conclusive evidence to link Tendai Masotsha to the abduction of Tawanda Muchehiwa. There is no Smoking Gun,” said Timba during the media brief.

Timba said the MDC-Alliance had found it prudent to investigate the matter despite the fact that there had been no formal complaint against the party or it’s member by Muchehiwa’s family.

According to the report on the investigations, the committee also did not verify the claims by Masotsha that she was also abducted on the fateful day as this was outside the scope of their mandate.

Timba presenting the report said, “the Committee was unable to independently verify the abduction of Tendai Masotsha. The only unchallenged evidence before it was her sworn affidavit and a medical report indicating injuries sustained.”

He also added that the party was demanding justice for other victims of state sponsored abductions including Joana Mamombe, Netsai Marova and Cecilia Chimbiri.

“The State must stop abusing the rights of citizens including journalists, lawyers and critics of the system. We demand the release of Hopewell Chino’no,” read part of the report presented to the media.

Muchehiwa, is nephew to prominent journalist and former Editor at The Chronicle, Mduduzi Mathuthu.

Amid private investigations into the matter, it was discovered that Muchehiwa was in the company of Masotsha during the abduction and reports emerged linking the latter to the abduction.

However, the MDC-Alliance Provincial Chair refuted the allegations, claiming that she was also arrested and abducted on the same day.

Muchehiwa’s abduction has opened “a can of worms” as it was also revealed that a vehicle from Impala Car Rental was used for the abduction.

HARARE - The country's main opposition party, MDC-Alliance has cleared it's Bulawayo Province Chairlady, Tendai Masotsha of allegations that she was involved in the abduction and torture of Tawanda Muchehiwa - who was abducted on 30 July 2020, the eve of...
Share via
x
More Information
x