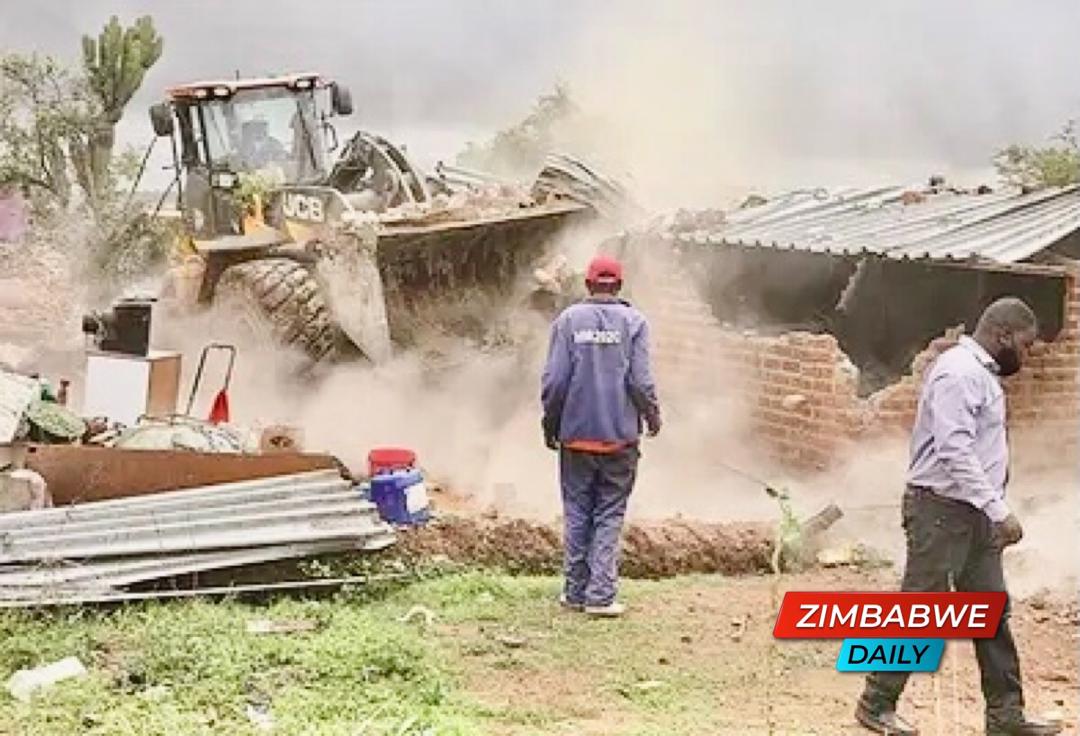 HARARE – The Nelson Chamisa led MDC Alliance condemned the ongoing demolition of houses in Harare, labeling the act as “heartless” adding that they should be immediately stopped.

At least 190 houses in Harare’s Budiriro suburb were demolished on Wednesday on grounds that they are built on land illegally acquired and without approval from the relevant authorities.

“The MDC Alliance condemns the callous, disproportionate demolition of homes that are currently being carried out by the Central Government, in particular the Ministry of Local Government – Mr July Moyo, the Provincial Minister – Mr Oliver Chidawu and the Provincial Development Co – ordinator  – Mr Tafadzwa Muguti.

The demolitions have resulted in people losing their homes, savings and their only available shelter in the middle of the rainy season. Families with young children, the old and the infirm have been rendered homeless by this heartless act,” said the MDC Alliance Secretary for Local Government Sesel Zvidzai.

Zvidzai also alleged that the Central Government had took advantage of the arrest of Harare Mayor Jacob Mafume  to push for the demolitions.

Mafume had ordered that the demolitions be halted especially given that it’s  the rainy season and also advised for regularisation of the stands as a better alternative.

The opposition party also blamed the land barons which it claims are linked to the ruling Zanu-Pf party which allows them to illegally sell land for votes especially during election period.

“Before his arrest two weeks ago, the Mayor of Harare, Councillor Jacob Mafume ordered to stop all demolitions. He protested against the grossly unreasonable timing of the demolitions and  in view of the wet season and the ongoing Covid-19 pandemic. He stated that the execution of any Court orders held by Council should be carried out in a humane manner and that Council should weigh in favour of regularising the settlements as opposed to destroying them. We are of the view that most of the houses being destroyed can be regularised and should therefore not be destroyed.

“At the center of the crisis are Zanu-Pf land barons and illegal co – operatives whose corrupt conduct has led to the arbitrary allocation of land in a manner that does not comply with the council by – laws. The current demolitions have been triggered by Zanu-Pf in – fighting where urban land is being used as an election tool as well as a sword against those who have fallen out of favour with the system. Unsuspecting members of the public and bona-fide buyers who have been duped by the land barons are left to bear the brunt of the illegality,” added Zvidzai.

Opposition leader, Nelson Chamisa also condemned the demolitions adding that they they were heartless and cruel acts.

“The heartless and cruel demolition of citizens’ homes is a violation of human rights and a violation of the dignity and security of persons.This command politics based on iron-fisted governance style must be resisted by us all!Those responsible, Stop it!”

HARARE - The Nelson Chamisa led MDC Alliance condemned the ongoing demolition of houses in Harare, labeling the act as 'heartless' adding that they should be immediately stopped. At least 190 houses in Harare's Budiriro suburb were demolished on Wednesd...
Share via
x
More Information
x