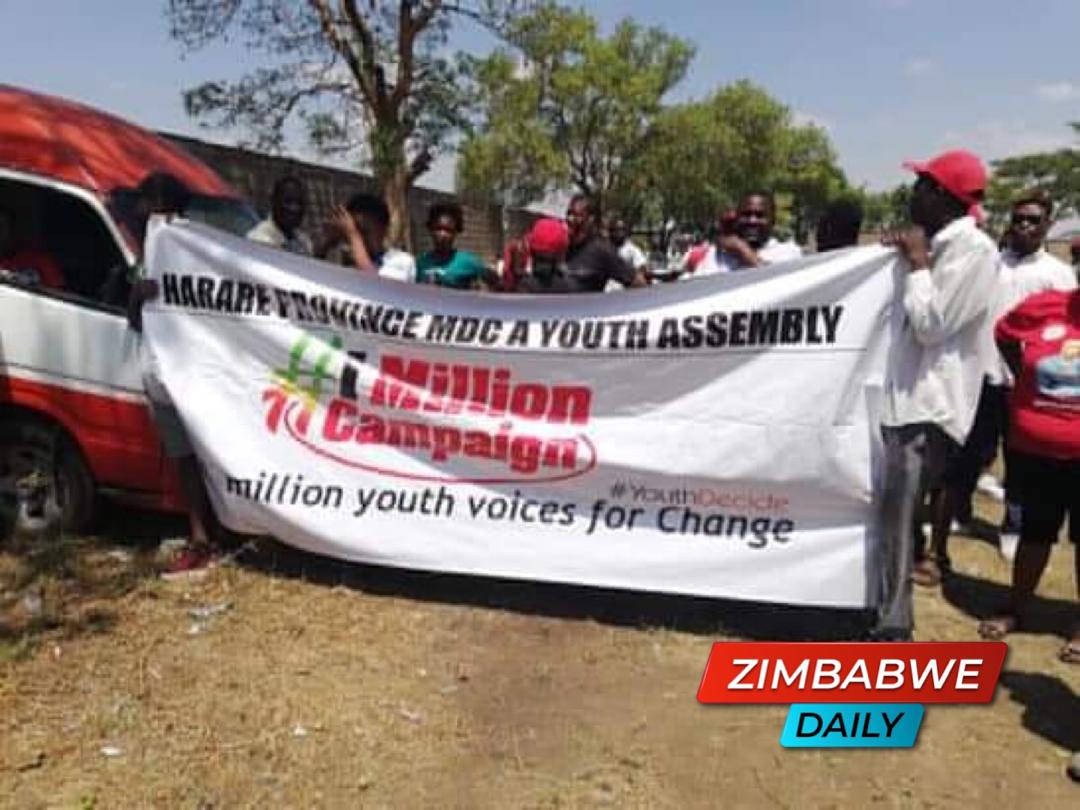 HARARE – The MDC-Alliance’s Harare Youth Assembly successfully launched the one million campaign which is targeting mainly first time voters ahead of the much anticipated 2023 election.

“This weekend we launch #OneMillionCampaign in Harare. It’s a revolutionary whirlwind to swipe Street by street, door by door, neighbourhood by neighbourhood and corner by corner,” said Siziba ahead of the launch of the camping this past weekend.

“It is inspired by the great words of the late Nkomo, “This country will not die, the young people will save it,” he added.