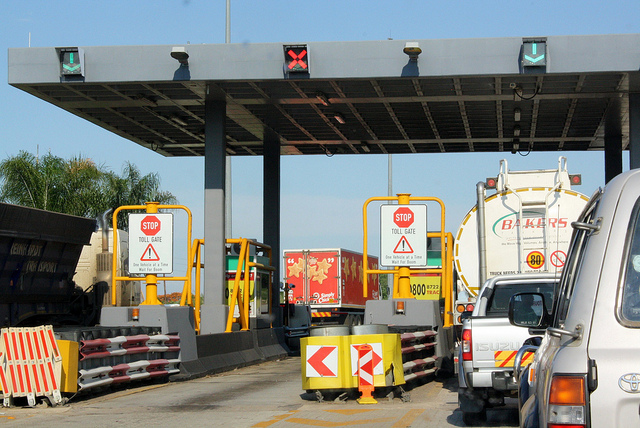 HARARE – Opposition MDC Alliance has called for the Zimbabwe National Road Agency (ZINARA) to popularise it’s pre-paid tolling system to improve the efficiency at the country’s toll gates which is currently proving to be a nightmare for many travellers.

The Nelson Chamisa led MDC Alliance said it was surprising that motorists and passengers had to spend so much time and endure such delays at tollgates yet the road agency already had a tap card system in place that could improve the situation.

“Motorists and passengers are facing gruelling, long queues at all toll gates throughout the country due to inefficient toll collection system. Law-abiding road users are subjected to almost an hour-long delay at any tollgate in Zimbabwe as the billing system is either not connected to the network (for those intending to use electronic payment system) or the cashiers have no change for the USD bills in a country where 1 USD bills are sold at a premium on the streets.

“Surprisingly, ZINARA has a pre-paid tolling system that unfortunately has not been popularised by the Road Agency for the convenience of road users. The ZINARA tap-card system is a prepaid system that does not depend on mobile network connectivity at tolling plazas. If the majority of the road users were to be made of this system, the system would be rendered significantly more efficient,” said the party’s secretary for Transport, Settlement Chikwinya.

The party called on the Road Agency to utilise retail shops, fuel stations and hotels among other outlets for the sale of these tap-cards, arguing that limiting the sale of these at ZINARA offices and toll gates was making it less popular hence it’s low adoption.

As the main opposition, they also called for accountability of the funds that have not been accounted for as reported by the Auditor-General.

“We further call for accountability for the funds looted by ZINARA as recorded by the Auditor-General, which funds should go towards improving the road user experience and funding road maintenance,” he added.

Kazembe, Matanga Taken To Court Over The Shooting Of Bulawayo Resident Munakopa

Teachers Urge Parents To Keep Their Children At Home

HARARE - Opposition MDC Alliance has called for the Zimbabwe National Road Agency (ZINARA) to popularise it's pre-paid tolling system to improve the efficiency at the country's toll gates which is currently proving to be a nightmare for many travellers. ...
Share via
x
More Information
x